HomeResourcesDigital Marketing8 Insightful mobile SEO Predictions for 2016 and Beyond

8 Insightful mobile SEO Predictions for 2016 and Beyond 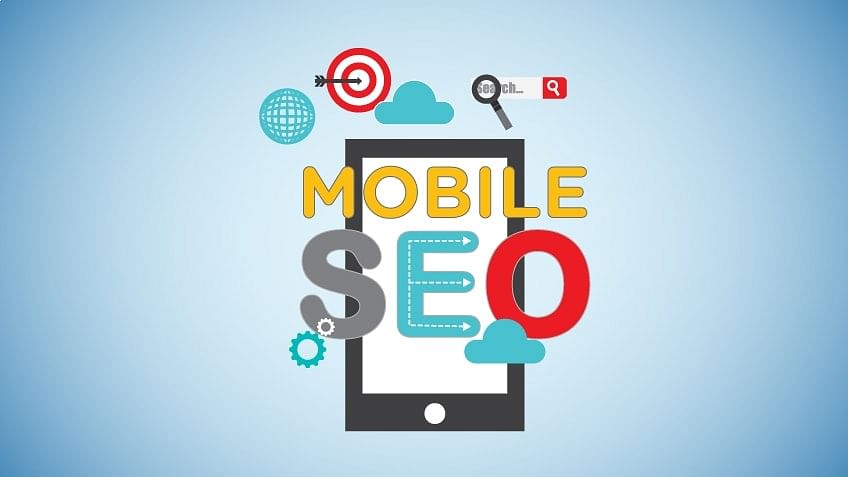 The year that passed us by was an interesting and paradigm-shifting year for SEO. No matter which side of the fence you were on, 2015 unequivocally laid the debate to rest – the age of the handheld is here. The stats prove it and your own browsing habits probably reinforce it. If you’re a marketer or a brand striving to break new ground in 2016, mobile SEO is where it’s at.

Let’s delve deeper and speculate (backed by data, of course) on what the future of SEO holds in the year that is.

Recently published: 13 Interesting trends that will drive SEO in 2016

1. Mobile devices will continue to be responsible for a lion’s share of traffic on the internet.

A lot of marketers and industry insiders had been speculating that the day would come, but in 2015, Google announced that mobile devices were responsible for more traffic than their desktop counterparts in several countries around the world. Developing markets like India and China in particular feature a rapidly rising increase in the smartphone-using demographic. If you want to have an impactful web presence in 2016, you need to work on your mobile SEO.

As early as 2009, Google announced that they were looking into ranking mobile and desktop searches differently. However, until 2015 rolled around, there was never any major indication. And then, another Google announcement came around. They then began talking about specifics – they were working on a mobile index that would definitively allow them to tailor search experiences to the device that was being used.

As of today, there hasn’t been any official announcement on this front yet. But the rumblings are around. We’re now beginning to see how Google is intelligently prioritizing relevant content for mobile devices. In 2016, we’ll continue to see the evolution of this technology.

3. Responsive web design is still not a magic bullet.

“Got a website? Well, it has to be responsive!”

Raise your hand if you’ve heard a version of that too many times already.

How, you may ask, does responsive web design under-deliver? Sure, it’s great to have a website that molds itself to fit the device it’s being accessed from – but the advantages end there. Picking a responsive theme instead of a non-responsive one won’t send your rankings shooting up the search results. Don’t believe us? Just ask Google – they’ve mentioned several times that responsive web design does not inherently offer any SEO benefits. According to Google’s own surveys, a paltry 11.8% of top webmasters use responsive web design. Shocking, I know.

All websites don’t have to be responsive. As a matter of fact, there are several different ways you can go about configuring your website for mobile SEO benefits. So the next time you hear someone advocating the benefits of responsive web design, you can be secure in the knowledge that you’re not missing out.

4. You’ll have to stop redirecting your search traffic to an app.

We’ve all been there. A search for “dog training” (or any other hobby of your choice) leads you to an innocuous looking result that you click on and leaves you wondering, “Wait, why did the App Store open up on my phone?”

With Google’s new insistence on relevant search results for mobile devices, all of those websites that hide their content behind an app will become less popular. Google has already started advising webmasters to avoid using spammy interstitials and instead focus on using more intuitive install banners. In addition, websites which redirect users to a different URL when they click on the search result from a mobile device as compared to a desktop will continue to be penalized. Google explicitly prohibits these sneaky redirects in their webmaster guidelines.

5. We’ll (probably) see the last of Flash, and HTML5 will gain momentum.

Given the number of vulnerabilities and performance bottlenecks that Flash has been shown to display, it is a minor miracle that it is around at all. Well, maybe not for much longer. HTML5 is emerging as the dominant force powering the web as we know it, and for good reason.

A number of major web forces (Google, Forbes, The New York Times, The Wall Street Journal etc.) banded together last year and released a letter that served as a call-to-action for webmasters and advertisers everywhere. The letter urged advertisers to adopt HTML5 due to the future-readiness of the technology and the possibility for innovation that it offers. 2015 saw other crippling blows being dealt to Flash, one of the more notable ones being Amazon prohibiting the use of Flash-based ads on their platform.

Already, there are several interesting HTML5 technologies out there – push notifications and service workers being among the premier ones. You’re probably familiar with offline web apps, which allow an application to function without an internet connection by allowing it cache content offline, thereby increasing performance. Service workers allows this mechanism to happen more optimally, by allowing webpages to execute background scripts even if the website itself isn’t open. In the same vein, push notifications allow websites to send notifications to their users without needing to be opened in a browser window.

With the advent of Google’s own Accelerated Mobile Pages (AMP) project, developers now have a framework for creating content that loads faster on mobile devices. We’re talking about breaking news stories, headlines, videos, images and other data that will need to be optimized according to AMP. If you own or manage an app within the Android or Apple app stores, you need to optimize it so that it shows up in search results for related terms. For users of Apple’s ecosystem, the Spotlight search feature is yet another avenue for optimization.

7. Mobile browsers are big, and they’re getting bigger.

The innocuous browser. The little icon that sits in a comfortable position on your app drawer. That thing you click on whenever you’re looking for some news or searching for “best Quentin Tarantino movie”. That little application is secretly a titan which is driving tremendous innovation in mobile technology. According to a 2015 Morgan Stanley report, mobile browser traffic easily doubled app traffic for all but a handful of major web properties.

This drives home the fact that having an app doesn’t mean you can afford to overlook your mobile website. Since users only ever use a small fraction of the apps on their smartphone frequently, marketers have to be clear where they should direct most of their efforts when it comes to mobile SEO and advertising. In 2016, you can’t have either a mobile-friendly website or an app. You need to have both.

8. All hail Android, the once and future king.

2015 was a triumphant year for Apple. Their smartphone sales continued to grow and the company reached a record valuation. However, when it comes to overall smartphone usage, Android is still the dominant platform. Due to the sheer extensibility and price points that Android-powered devices manage to cater to, they will continue to be widely used and sold in 2016. Maybe, just maybe, this is the year when Apple needs to rethink its device strategy going forward.

2015 was an exciting year that saw a lot of innovation in the SEO arena, both mobile and otherwise. In 2016, technologies that are compatible with the rise of handheld devices will gain prominence. If you want to rise through the ranks and stake your claim as a force to be reckoned with online in 2016, you absolutely have to focus on mobile SEO. The future of SEO will be played out on the handheld.

Rohit Raut is a freelance writer with over six years of experience writing about technology, digital marketing, business and human performance. When he's not writing (or writing about himself in the third person), he's usually reading, traveling or pondering Internet memes.

Google AMP Pages: Should Accelerated Mobile Pages Be Part of Your 2019 SEO Strategy?