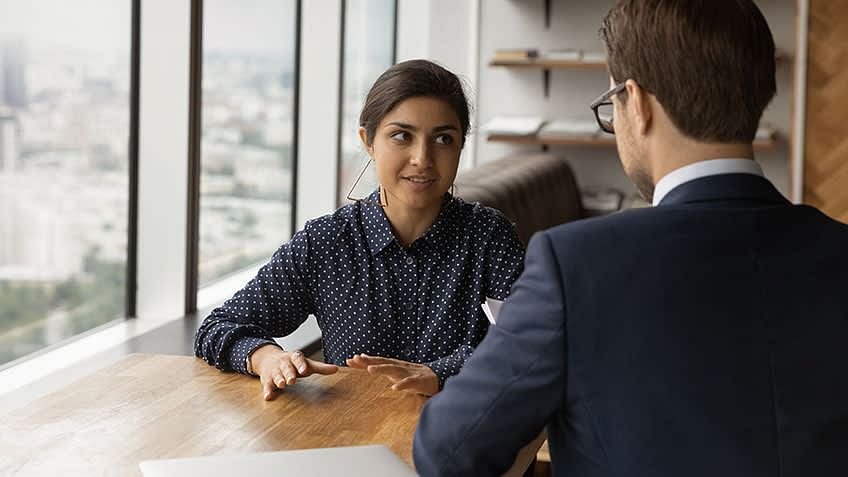 The top 30 OSPF interview questions and answers are listed below for both freshers and experienced candidates. These questions will help you prepare for the interviews better, answer confidently, and quickly land OSPF jobs.

1. What is OSPF Routing Protocol?

The term "OSPF" stands for "Open Shortest Path First." It is an open average link-state routing protocol that uses the SPF algorithm developed by Dijkstra to determine the shortest and straightest route. The resulting best path is then used to fill the routing database.

2. How can we change the router ID in the OSPF domain?

After the OSPF method has been launched and the OSPF neighbor ships have been identified, OSPF Router ID should not be utilized improperly. In order for a modified RID to take effect, we must either reload the IOS or apply the command "#clear IP OSPF process authority."

3. What are the important features of OSPF?

Given below are the important features of OSPF:

4. What are the key attributes of OSPF?

The following are the key attributes of OSPF:

The OSPF protocol is used by routers to transmit routing data and any associated updates to the table. OSPF simply sends the portion of the table that has been changed; it does not send the whole table. A link state database is used to store this configuration data. It will choose the quickest and best path to transfer data packets to a destination using this information.

The following are the different types of OSPF:

7. What are the different functions and workings of OSPF?

Given below are the different functioning and working of OSPF:

8. What are the advantages of dividing the entire network into areas?

The following are the benefits of diving the entire network into areas:

9. What is OSPF Hello and Dead Interval?

OSPF uses two timers and hello packets to determine whether a neighboring router is active or not.

The Hello interval specifies how frequently an OSPF router sends a Hello packet. The default interval setting for point-to-point links is 10 seconds. This period must be the same for a shared network.

The Dead interval specifies how long a router will wait before a neighboring router is deemed dead. Depending on the type of network, the Hello and Dead interval values can vary.

The DR serves as the network segment's point of contact in each broadcast network. All routers move closer to the DR while handling all of the network's LSAs. The router uses the multicast address 224.0.0.6 to send the DR information.

A BDR is chosen for the network to prevent issues in the event that the DR fails. When the DR fails, it turns on and starts listening to the multicast address 224.0.0.6.

11. What is the DR and BDR election process?

An OSPF router selects one router as DR and another as BDR depending on the kind of network. There is no BDR or DR election on a point-to-point network because the routers are connected directly. The router with the greatest OSPF priority in LANs is chosen as a DR. By default, priority is set to 1. The router with the highest router ID will be chosen if two routers have the same priority. The very next router is chosen as the BDR because it has the highest router ID or second-highest priority.

12. What are different network types of OSPF?

Given below are the different network types of OSPF:

A router ID is used to identify each OSPF router specifically. An IPV4 address-based ID is given to each router. A duplicate of this ID will prevent two routers from being neighbors, hence it must not exist. This ID is also used by OSPF and BGP to identify the initial router from which a packet was produced.

14. What is the role of topology and routing tables in OSPF?

16. How can you change the neighboring ships into adjacency?

We have to follow the given steps to change the neighbor ships into adjacency:

17. What are the most commonly known OSPF Neighbor States?

Down State: No Hello packets have been exposed on the interface during the Down State operation. The Hello packets either fail to reach the dead timer period or are erased. The typical neighbors are manually set up in this state.

2way State: The establishment of two-way communication in this state occurs when a router detects the neighbor's ID in the Hello packets' field category. When a Data-Based Descriptor packet is received from one neighbor's init state, a two-way state can also be created.

Init State: The progressive Init State involves a router recognising a "Hello message" from an OSPF neighbor. The Router receives the message in this condition, but the two-way communication with the neighbor has not been properly set up.

Loading State: This state, which comes after the exchange state, is in charge of sending neighbors' LSRs (Link State Requests). Neighbors respond by sending LSUs (Link State Updates) that provide details about the networks that were asked for.

Exstart and Exchange State: This condition offers a location where OSPF neighbors can trade DBD packets. The network's DR and BDR adjacencies are likewise constructed in this state. Using Link State Requests, this state also makes it easier to communicate routing data.

18. Why is OSPF called a loop-free protocol?

19. What are the different OSPF Router types?

Given below are the various OSPF router types:

Networks that are part of a single autonomous system can be divided further into various sectors using OSPF. Area 0 is therefore generated by default. It can function either alone or as the foundation of OSPF. Typically, it is specified as 0.0.0.0.

It must be traveled through by the several places that connect to Area 0. It is not necessary for the connection to be direct; a virtual link can be used to create it.

21. Differentiate between e1 and e2 in OSPF.

The cost from the ASBR (Autonomous System Boundary Router) to the destination is specified by E1 External Type Routes. Here, both the internal cost and the outside metric are taken into account.

However, internal expenses are not taken into account while using External Type routes, or E2. To go to a specific location, only external measures are calculated. The path with the lowest metric from the ASBR is taken into consideration for sending data if there are two E2 routes available to reach a destination.

22. What do you understand by Link State Retransmit Interval?

Each newly conventional LSA receives acknowledgment from OSPF. LSAs are submitted repeatedly until they are accepted.

The period between retransmissions is determined by the Link State Retransmit Interval. To set the retransmit interval, we can use the command IP OSPF retransmit-interval.

23. Is it possible to have one numbered side and leave the other side unnumbered in OSPF?

No. In OSPF, it is not possible to have one side that is numbered while leaving the other side unnumbered. If you try to do this, the OSPF database will become inconsistent and the routes won't be able to be inserted in the steering table.

24. What do you understand by OSPF adjacency?

An OSPF adjacency is a potential connection to a neighbor via which Link State Advertisements can be sent (LSAs).

25. What are the five OSPF packet types?

Given below are the five types of OSPF packets:

26. What do you understand by the OSPF Router ID?

An ID used to identify the router is called the OSPF Router ID, and it is a 32-bit number.

27. Is it possible to have OSPF over a GRE tunnel?

The OSPF protocol can indeed be used with a GRE tunnel.

28. What are the multicast IPs used by OSPF? What multicast IP does DR/BDR router and non-DR use?

29. What is the concept of Virtual-link in OSPF? Can we form a virtual link through the stub area?

The OSPF rule states that inter-area communication occurs when at least one area qualifies as area 0, or the backbone area. If this is not achievable, then we must create a logical association via a virtual link. The stub area cannot be used as a virtual link.

30. What are the issues that DR and BDR solve in OSPF?

The following are the issues that DR and BDR solve in OSPF:

To crack the OSPF exam in one go, you can opt for PGP Full Stack Web Developer - Mean Stack Program. Throughout this Full Stack MEAN Developer program, you'll study cutting-edge skills like GIT, HTML, CSS, and JavaScript as well as MongoDB, Express.js, Angular, and Node.js ("MEAN") to develop and deploy interactive applications and services.

If you have any questions or queries, feel free to post them in the comments section below. Our team will get back to you with the solutions at the earliest possible.