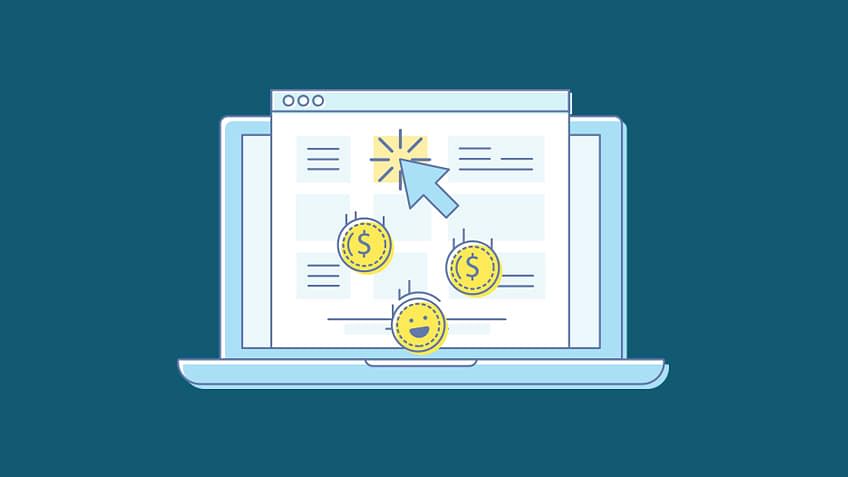 Pay-per-click (PPC) online advertising has been popular for more than a decade—long enough for ample best practices to have been proven and widely published. However, sometimes even the best best practices fall short. This isn’t just a matter of bad luck. Sometimes following a particular PPC best practice causes bad results, yet for very good reasons.

In his recent Simplilearn webinar, “When PPC Best Practices Fail”, Brad Geddes (keynote speaker and author of the book Advanced Google AdWords), delivered a fun and example-filled explanation of some of the times when some highly-regarded PPC principles had the opposite effect...and why they didn’t work. Here’s a wrap-up of some of the best points Brad Geddes made, and how you can avoid the same mistakes.

Take a look at the complete webinar recording.

Your mileage may vary

The trouble with best practices is that people get obsessive about them. Many people have some really deep opinions on both sides of the matter. “Take, for example, broad match,” says Brad. “Some people use it and love it, and others think it’s a horrible, horrible experience.”

The issue comes down to the fact that people see a best practice—but fail to look at why it generally tends to work or why it didn’t. When best practices fail, it’s usually one of the three common areas: taking a very complex problem and trying to put a very simple solution on it, resource constraints, or exceptions to the rules.

“If your keywords don't work, delete them.”

One marketer was advised by someone to select all keywords with no conversions in the past twelve months and hit delete. This sounds like a reasonable strategy. But as time went by, their conversions dropped and dropped and dropped. This turned out to be a matter of attribution management. Besides direct conversions, another thing to consider is “assistant keywords”.

In their industry (florists), half the flowers people buy are not to give away at Valentine's or something but to plant in their own garden. So when most people searched for things like “How to plant roses,” or “Raising tulips” or something very generic, they would see this company's ad. Even if they never clicked it, they still saw the company name. Then, usually two to four weeks later, the same people would need flowers. So they searched the company name and then bought; that’s where all the conversions came.

What happened was that they had deleted all the generic keywords using which people found them initially before they could search for the brand. Therefore, if you have keywords that aren't performing right it's important to learn if they are not performing due to your attribution model. If you’re only looking at “Last click” keywords, it may not look like generic terms aren’t performing, but they're actually driving the searches that lead to the conversions.

“Stop advertising on days you don’t get orders.”

Sometimes there are delays between searches and when an action takes place. This is particularly true for B2B or eCommerce companies that take phone orders. If Sunday calls are dead, and Monday calls are the best, it may seem logical to assume that you could stop spending the budget on weekends and boost it on Mondays. But what if most of your customers search for you on Sunday, but choose not to call until Monday—either taking time to compare or assuming no one is there to take an order? If you're only looking at when the action takes place, you may be missing the bigger picture of when you're initially found in searches.

“You should bid according to ROAS.”

Bidding based on Return on Advertising Spend (ROAS) is usually a smart move for eCommerce marketers. One company had been using an ad hoc bidding logic, raising bids for fair-converting keywords in low positions and lowering bids for keywords in high positions where cost per acquisition (CPA) was going up.

The issue with ROAS is that bid rules are based on predictable repeat behavior. This company’s sales generally fell into one of the two big buckets: small purchase orders under $500 (about 4500 orders per month) and orders over $10,000 (about 100 per month). In their case, rarely did a single keyword get more than two large orders, and some months they didn’t get any. However, their small order keyword performance was much more predictable.

So they switched from ROAS to CPA bidding and this fixed all their problems. CPA rarely leads numbers in eCommerce unless you have very unpredictable sales behavior where your top orders are very sporadic and they're random how they occur.

If you’re a business (like a landscaper) with a specific location or a defined service area, targeting your online advertising to the zip codes you serve makes a good best practice—in some cases.

One landscaping company in eastern Virginia had been using this policy effectively since 2011, focusing on the billing zip codes of their customers. However, over the years, they kept getting fewer and fewer orders, both new and old. What happened?

Well, two factors have come into play. Location targeting across the whole world is a lot more accurate now than it was seven years ago, and of course, more people are searching on phones now than ever before. It turned out that more people used to search for a landscaper while at home, whereas more recently, their customers were searching for landscapers while at work in offices in downtown Washington, DC or on their phones sitting in traffic.

So even though they don’t serve outside of Virginia, the landscaping company added Washington, DC pincodes in their targeting. Their orders went up—but so did their CPA because they were also reaching people who live in Maryland and just commute to that city.

Their only options were to remove this district (and orders would go down) or pay for these commuters and their CPA would go up (and although revenues would increase significantly, they would breach their volume capacity). This is one of those cases where there's not a right or wrong scenario.

What they did instead was to put their Virginia campaign on their high budget (since that’s where they serve) and put some more budget into the DC downtown region to supplement what they couldn't get by advertising in the outer suburbs. However, here’s where they ran into a completely different best practice problem.

“Feature your best ad in search and remarketing.”

Choosing your best ad is usually a global average, which means sometimes the numbers are way higher and sometimes way less in search. What this landscaping company discovered was that when they paused their five top ads down to just one, their absolute best ad had a lower CTR and a lower conversion rate than the blended numbers of all the top five.

This is something you need to keep in mind for remarketing. In search, rarely will one person see your exact same ad over and over again because why would someone search for the same thing for four days in a row? On the other hand, people linked to your remarketing see your ad more often. In remarketing, rather than pausing down your best ad, it's actually better to have three to five different offers rotating, so that if one offer doesn’t appeal to the users, maybe your other offers will.

“Create as many ad groups as possible.”

Sometimes, a best practice works so well, you don’t know whether to implement it because it will overwhelm your team capacity or budget.  This was the case for an airline company that flies from 40 cities to 40 cities in six countries and uses five different languages. They ran a test of 10,000 ad groups, including city to city names, local phone numbers, airport codes, etc. They found that the more they relied on exact match, the results were remarkably better.

Based on the testing data, they needed 360,000 ad groups to optimize their revenue. However, they were a three-person AdWords team. The prospect of managing 120,000 ad groups per person was impossible. Their only choice was between cutting back (and losing significant revenue) or hiring more staff to manage the accounts. This is a good question for CEOs or CFOs. If you hire someone else will you make more money than what you’re paying in that person’s salary plus the ad budget?

Using data from their 10,000 test campaigns, the marketing team was able to demonstrate that if a city got more than 500 conversions a year, it deserved an exact match campaign. For every six campaigns, they could go ahead and hire a new person for it because it made sense on their returns vs. salary. However, sometimes a company can’t do it all. In that case, you can cut the worst-performing stuff first, then put in rules, then use the results to show your CEO/CFO what returns you can expect.

That sounds very counterintuitive, but they are in an industry that has a tremendous amount of B2C searches for the same keyword. They sell safety gates. In B2C, safety gates keep your kids and pets from falling down stairs and cost about twenty to thirty dollars. This company sells safety gates for factories and industrial facilities and start at $3,000 and go up to a few million dollars.

That high CTR will make their quality scores go up as well. Unfortunately, in this scenario, as the quality score goes up, the B2B conversion rates will plummet. Therefore, in some areas, B2B being a really good example, you're often better off with lower quality scores because the industry-specific keywords are pre-qualifying users from ever wanting to click on your ads in the first place.

Learn how to get the most from your PPC ads by understanding and using your audience’s demographics to speak directly to them in their own words. Register for Brad's upcoming webinar today!

These seven examples are just a few of the case studies Brad presented in this insightful webinar. Please enjoy the video for the complete story and many other great tips.

Best practices are called that for a reason. They're a great start, especially if you're a new or intermediate user. Best practices work for most people but they may not always work for you. The three main reasons they don't work is due to simplifying complex problems, or they may have to be ignored due to resource constraints or there may be actual exceptions.

“Best practices are good starting places, and for many people they're also ending places,” Geddes says. “But just because someone says is the best way to do it does not mean that applies to you.”

That’s why it’s an even better practice to always check your assumptions on occasion just to make sure that the base of assumptions you're building things on actually does apply to to your industry, your account and so forth. Testing never goes out of style.