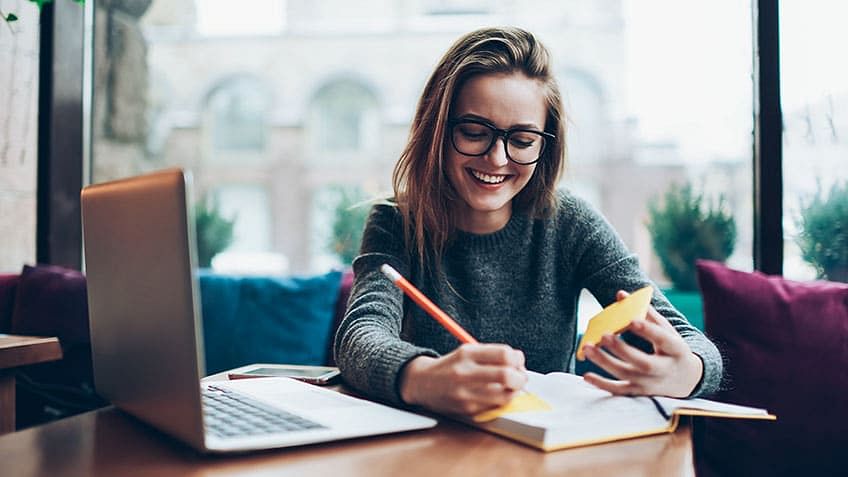 Gone are the days when most workers would enter a specific line of work and retire from that same profession, often after staying with the same employer for several decades. Professionals now switch jobs every three to five years on average, according to most surveys and federal data. But professionals, especially those working in technology, also need to consider switching careers entirely from time to time.

The world has always been changing, but the speed at which technology has advanced—altering how businesses compete and thrive—continues to accelerate exponentially. Trinadh Bammakanti, a senior software test engineer with Accenture in Hyderabad, India, understood that he would be left behind if he continued along the same path. Eyeing a future in the blossoming field of artificial intelligence (AI), Bammakanti charted a new trajectory by mastering new skills with the help of Simplilearn.

“I don't think you can stay relevant in these times without upskilling and staying up-to-date,” said Bammakanti, expressing the current reality of what it takes to remain relevant in today’s job market. This is the story of how he took charge of his future by learning specialized skills and setting long-term goals.

We all start out somewhere in our career journey, but it’s rarely our dream job. By working hard, taking on new challenges, and possessing a growth mindset, we can set ourselves up for better opportunities in the future. After earning his bachelor’s degree in IT from Sri Indu College of Engineering & Technology, Bammakanti started his career as a functional tester for Accenture. He enjoyed the work but realized after several years that it wouldn’t necessarily lead to bigger and better things.

“I’ve always been a forward-thinking person,” Bammakanti said. “I felt stagnated at my current job and realized that I would eventually hit [my] ceiling.”

Functional testing is an important role, as it provides quality assurance for software development prior to release. However, Bammakanti realized it’s not a niche skill, therefore it wasn’t in demand and wouldn’t offer many senior-level opportunities. He did some research into emerging tech fields and quickly realized that data science and AI offered seemingly endless opportunities, with thousands of unfilled positions. By updating his data science skill set and charting a career path toward AI, Bammakanti knew he could redirect his trajectory toward a more satisfying and lucrative career.

Bammakanti had a vision for his future, but needed to chart his path with concrete steps. After consulting with friends and colleagues, he decided to pursue additional training in data science and the Python programming language in particular. He knew that proficiency with Python not only would prepare him for his chosen field but also is versatile enough for other types of work. He could put it to use right away, in other words, even before he transitioned to data science.

Next up: finding the right learning solution. While Bammakanti originally wanted to find a classroom-based course, he ultimately decided that it might not be feasible with his day job. A flexible learning solution, with self-paced courses as well as live, online classes, would allow him to do his coursework in the evening and on weekends. Among the many online options he researched, he concluded that Simplilearn had the best content at a reasonable price.

Being able to attend live, online classes at times that worked with his schedule, along with access to multiple, highly qualified instructors, sealed the deal.

Bammakanti completed Simplilearn’s Artificial Intelligence Engineer Master’s Program, which helped him become proficient in the programming language, as well as the disciplines of data analysis, machine learning, data visualization, web scraping, and natural language processing. He was very satisfied with the course work from Simplilearn, especially the ability to attend classes at various times that worked best with his schedule, even watching recorded lessons if necessary.

The practice labs helped him apply what he learned to real-world scenarios, helping him to become career-ready upon completion of the course. Since he’s often on the go, he found the mobile app particularly useful for accessing recorded sessions without having to “carry a laptop everywhere.” He found the trainers top-notch and was impressed with the quick response from the support team when he had questions about the platform.

The Results: A New Career Trajectory

As he had set out to do before enrolling in the course from Simplilearn, Bommakanti was able to use what he had learned to take on new tasks within his organization. He also was promoted to his current role as a senior-level testing engineer, although his longer-term focus is the field of data science. After he realizes his goal to become a data scientist, though, he wants to further specialize in the lucrative field of AI engineering.

Most of all, Bommakanti has developed the confidence of knowing that he has more control over the direction of his career than he originally realized. No one learns everything they need to know for their career while pursuing an undergraduate degree, especially in the fast-paced world of high tech. If you want to keep up, you really owe it to yourself to explore your upskilling options.

“Simplilearn has renewed my interest to learn more and grow in my career,” said Bommakanti, who is planning to take more Simplilearn courses as his career progresses. Given the high demand and relatively high salaries of data scientists and AI engineers, it’s fair to say that this is an investment that can really pay off.

It’s Better to Upskill Than to Fade Away: Get Started Today!

Where do you see yourself in five years? How about a decade from now? Whatever your future ambitions might be, it’s a fair bet that you’ll need to learn new skills and be able to apply them. Simplilearn’s unique Blended Learning approach combines self-paced instructional videos with live, online, instructor-led courses, and hands-on, industry-aligned projects. If you’re serious about your career, or an organization investing in your existing talent, learn how Simplilearn can be your partner in upskilling. Simplilearn's Artificial Intelligence Engineer Master’s Program, in collaboration with IBM, imparts training on the skills required to become a successful Artificial Intelligence Engineer.