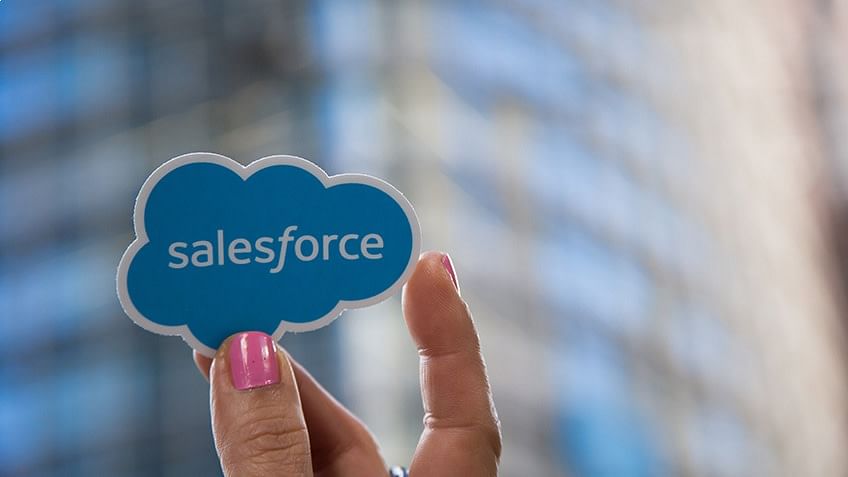 Dreamforce is the biggest event in the Salesforce calendar, when a 170,000-strong crowd of Salesforce partners, customers and employees descend upon San Francisco. It’s a chance to learn, network and be inspired—rubbing shoulders with some of the best and brightest in the industry.

Dreamforce is not to be underestimated, it’s one of the biggest software conferences in the world. No matter which way people approach it, I’ve never heard of anyone having a bad time. However, Dreamforce isn’t confined to one conference center, it’s spread over multiple huge centers, hotels, cinemas, roads (yes, they shut down roads), bars, pubs and basically anywhere that Salesforce or one of its many partners can get their hands on.

With so much happening simultaneously, it’s hard to keep track of all the conference highlights, so I’ve compiled some of the most valuable highlights from Dreamforce 2017.

1. Salesforce Platform is Getting Personal

Dreamforce 2017 was kicked off with a bang at the main keynote, hosted by Marc Benioff, Salesforce CEO, on day one. The keynote is always guaranteed to include entertainment, drama, and surprise—the surprise this year being new product announcements and developments!

This year, Salesforce’s best-loved products are getting personal, with the new features all based on customization and branding, each feature being prefixed with “my”:

These new features were framed by three key customer success stories from T-Mobile, Adidas and 21st Century Fox. A key executive that was involved in each project from each company came up onto the stage with Mr. Benioff and presented their solution. A very impressive collection of brands!

This powerful duo has teamed up to take on the SaaS market, pairing their technology and influence to bring gains on both sides. Salesforce can now use Google Cloud infrastructure to host their core products, and Google gets access to Salesforce’s star-studded customer base ahead of competitors Microsoft and Amazon.

The Gmail Lightning Connector is the essential connection between inboxes and Salesforce, available now. Live Apps, a rebirth of Quip, connect Google Drive (Docs, Sheets, Slides) and Google Calendar with Salesforce CRM data for real-time collaboration. And, in marketing, Google Analytics 360 will connect with Salesforce’s Sales Cloud and Marketing Cloud products. Could this hint at a future acquisition of Salesforce by Google?

3. Wowed by the State of the Salesforce Economy

Salesforce had some pretty impressive figures to brag about, including one in which Benioff announced a revenue target of $20 billion by 2022. The annual IDC report was released a fortnight before the conference and forecasts that there will be an explosion in the number of direct and indirect jobs created by the Salesforce Ecosystem, that need to be filled if Salesforce is to achieve its goal. There’s now a rush to train up the workforce of the future to fill the inevitable demand—which explains the ‘Trailblazer’ theme that ruled Dreamforce, based on learning and empowerment.

To accommodate even more revelers, the Dreamforce festival moved to a new venue at none other than the famous AT&T Park. The arena floor of this 42,000-person capacity stadium was at capacity even before main acts, Alicia Keys & Lenny Kravitz, came on. But it was more than just a party, raising $15 million for good causes!

Dreampitch began in 2016 and gives entrepreneurs the opportunity to pitch their startup on the main stage in front of a ‘dream’ panel of judges, for the chance to gain a $250,000 Salesforce Ventures investment. The expert panel included will.i.am (i.am+), Chris Sacca (Lowercase Capital), Shahrzad Rafati (BroadbandTV), Guy Oseary (Sound Ventures). Three Salesforce ecosystem startups stepped up to the mark, but there could only be one winner. Loop & Tie, who bring ‘corporate gifting into the age of personalization and choice while delivering valuable customer data and creating additional sales touch points for companies' was crowned the winner.

The Demo Jam is a ‘game show style’ event where Salesforce partners showcase the best of their technology in three minutes, in front of a crowd, live. This heated performance involves between four to six vendors, exclusive to selected Salesforce ISV Partners that list their solution on the AppExchange, Salesforce’s app marketplace. Lots of preparation goes into it, but there can only be one winner, selected based on audience votes (mostly decibel levels).

Conversica was announced the winner with its conversational AI technology, that sits inside Sales Cloud. They won over the audience after storming onto the stage with a rap about Jenny, an AI sales assistant that powers their users’ experience.

If you want to see the competition for yourself, you can watch the entire video, here.

Overall, Dreamforce did not fail to represent this very exciting time to be in the Salesforce industry and tech in general. You would find it very hard not to be inspired and motivated to push your career, and your company forward with all the knowledge that could be soaked up over the week. While Salesforce continues to soar and break new records, it ensures that the people on the ground have all the tools they need to perform their jobs and accelerate their career. There’s never been a better time to know the ins and outs of this incredible CRM platform.

Here’s to you, Salesforce!

Changes to the Salesforce Developer Exam: All you need to know