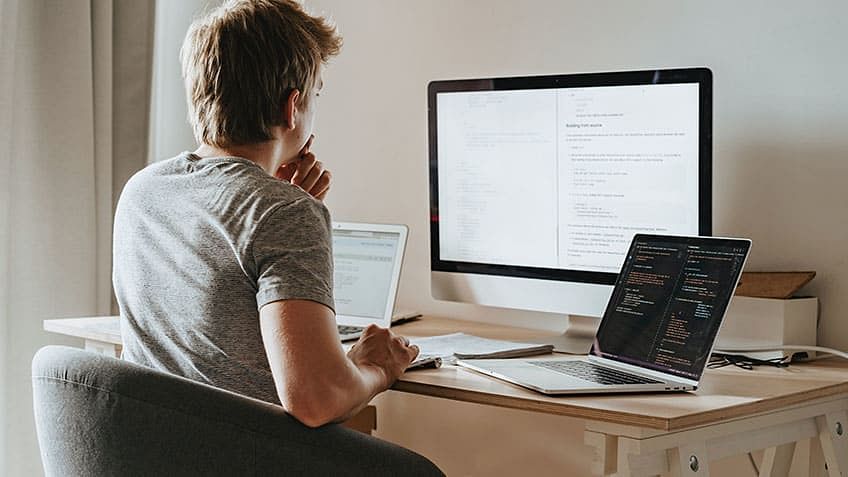 What is a Fibonacci Series?

The Fibonacci sequence is a set of numbers that is generated by adding the two numbers before it. Zero and one are the first two terms, respectively. The terms that follow are created by simply adding the two terms before them.

The Fibonacci Series programme may be written in two ways:

How to Calculate Fibonacci and its Mathematical Representation?

//value of first and second changes as a new term is printed.

In the above program, all variables are first declared. We set the values for the first and second variables first, which will be used to produce further terms. Then we define the term n, which will be used to keep track of the number of terms. To represent the sum of the two digits, we use the term sum. The most recent term is i. It is used in the for loop for iteration. We take the user's number of terms and store it in n. Then, there's a for loop that goes from 0 to the number of phrases the user requested, which is n.

We first have an if statement within the for loop, with the condition verifying if the value of i is smaller than 1. Depending on the number of terms, either zero or one is printed. When there are more than two terms, it is used to print the initial zero and one.

The else component of the loop is executed if the number of terms is more than one. The addition of the variables first and second is assigned to the variable sum in this section. The sum variable is the following phrase. For example, if the first and second values are 0 and 1, the total value will be 1.

How a Program to Calculate Fibonacci Works?

Program on calculation of Fibonacci works on a straight recursive implementation of the aforementioned mathematical recurrence relation.

Fibonacci Series in C Without Recursion

The goto statement is a type of jump statement that is also known as an unconditional jump statement. Within a function, it can be used to hop from one place to another. The steps are as follows:

Declare three variables as 0, 1, and 0 accordingly for a, b, and total. With the first term, second term, and the current sum of the Fibonacci sequence, use the fib() method repeatedly. After the main function calls the fib() function, the fib() function calls itself until the Fibonacci Series N values are computed. In each recursive call, update the values of a, b, and total as shown below:

// Sum of first and second term

Learning about the Fibonacci sequence gives a programmer an understanding on how to solve certain problems that require a solution from a base case. This is also the reason why it is so famous and relevant in the programming world. Want to learn more about such interesting concepts and sharpen your programming skills by learning more advanced topics?

Enroll in Simplilearn’s Full-Stack Web Development Certification Course, to get more grasp on concepts like these with our well curated videos and practical examples. This certification course provides training in almost 30 programming languages and tools and will help you get the mastery in multiple development skills required to become a full-stack developer and land an opportunity to work for the biggest companies in the software development world.

You can also explore our skill up courses platform where we offer numerous free courses in multiple programming languages to help you brush up and improve your coding skills.