HomeResourcesSoftware DevelopmentWhat Is Inline Function In C++? Explained With Examples and Syntax

What Is Inline Function In C++? Explained With Examples and Syntax 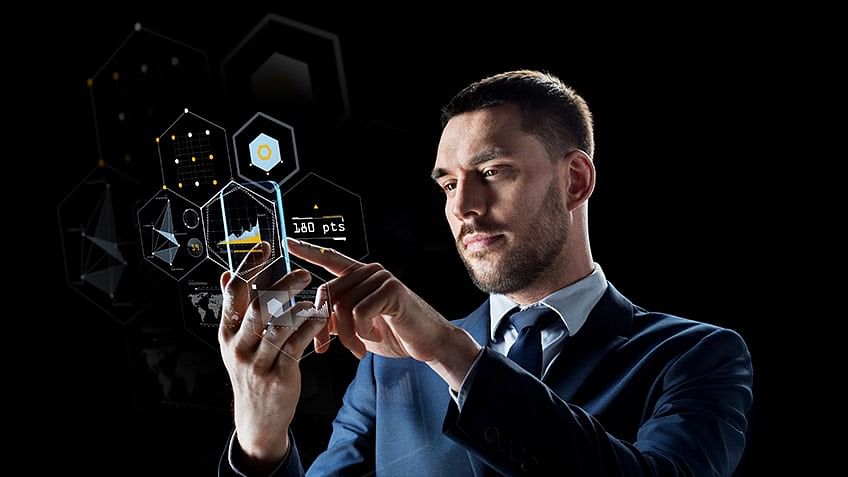 When working with a programming language, we can use several methods to optimize the code and enhance a program’s performance. For example, in the C language, the Macro function is used to reduce the program’s execution time. Since C++ is an extension of C, it also provides a function called the inline function, which can speed up a program by reducing the execution time.

C++ programming language provides various important and fascinating methods and in-built functions to its users. When it comes to enhancing the performance of the program, the inline function proves to be an excellent concept. Inline function in C++ is an enhancement feature that improves the execution time and speed of the program. The main advantage of inline functions is that you can use them with C++ classes as well.

When an instruction of a function call is encountered during the compilation of a program, its memory address is stored by the compiler. The function arguments are copied on the stack and after the execution of the code, the control is transferred to the calling instruction. This process can sometimes cause overhead in function calls, especially if the function is small and its execution time is less than the switching time. This issue is resolved by using the inline functions. These functions overcome the overhead and also make the program faster by reducing the execution time of the program.

// that prints the sum of 2 integers

The following diagram illustrates how the compiler works while executing the above program with inline function:

Following are some key points that you need to keep in mind while dealing with inline functions:

Circumstances Where the Compiler Does Not Consider Inline Functions

Inlining a function is not mandatory. It should be considered to be just a request, and it’s execution totally depends on the compiler. The compiler decides whether to accept or decline the request of inlining the function based on some circumstances as discussed below:

Syntax of Inline Function in C++

The syntax for defining the function inline is:

// definition of the function

The following example illustrates how to define an inline function in C++:

// an inline function to calculate

// and returns the result

Examples of Inline Functions in C++

The following examples illustrate the concept of inline function in C++:

// setNum() will be replaced by

Instead of storing the memory address of the instruction and going through the process of loading the called function into the memory, the function’s definition is directly replaced at the calling instruction. So, in the instruction, num = setNum(), setNum() is replaced by 10, and 10 is stored in the variable num.

// to calculate the area of a rectangle

// this will be replaced by the

// definition of the inline function

// to calculate square root of a number

// to calculate square of a number

When to Use the Inline Function?

Inline functions are very efficient and can be used in various areas of a program. But there are some cases where you can utilize the maximum features of these functions and extract the maximum output from them. Some of these cases are:

The following comparison chart highlights the major differences between the inline functions and macros.

Let us see the practical implementation of how we can define a function as an inline function explicitly:

// this function is defined as an

The above implementation is considered to be the wrong or bad style of coding since we are making unnecessary use of inline keywords. The below implementation is optimized, and good practice of defining an inline function explicitly:

The following program illustrates the concept of classes and inline function in C++:

// a class to find the area

// outside the class, using the

// function to find the area of a circle

// function to find the area of a square

// function to find the area of a triangle

// function to find the area of a rectangle

In the same way, other function calls are also modified by the compiler during compilation.

Advantages of Inline Function in C++

Disadvantages of Inline Function in C++

The inline, and __inline keywords specify that a copy of the function should be inserted in the code during the compilation of the program. However, these keywords only make a request which can be denied by the compiler. The compiler analyzes the program, and if the inlining is cost-efficient, only in that case the function is inlined, otherwise, the request is denied.

C++ supports only the inline keyword. You can use the __inline, and __forceinline keywords in the C language.

If you want to get a complete overview of the entire C++ programming language concepts, you can check out our article on C++ Programming for Beginners.

Check out our course on Full Stack Web Development if you want to learn a set of trending technologies and skills, and provide yourself a chance to work for top product-based companies giants. This course will walk you through all those technologies/skills that you will need to land your foot into professional web application development. These include DevOps, Agility, Java, CSS, HTML, AWS, etc.

You should also check out the complete list of free online courses by Simplilearn to skill yourself up. If you have any queries or suggestions for us, please mention them in the comment box and we will have our experts answer them for you as soon as possible.