HomeResourcesCyber SecurityCyber Security Tutorial: A Step-by-Step GuideHow to Become an Ethical Hacker in 2022?

How to Become an Ethical Hacker in 2022?

Lesson 7 of 32By Rahul Venugopal 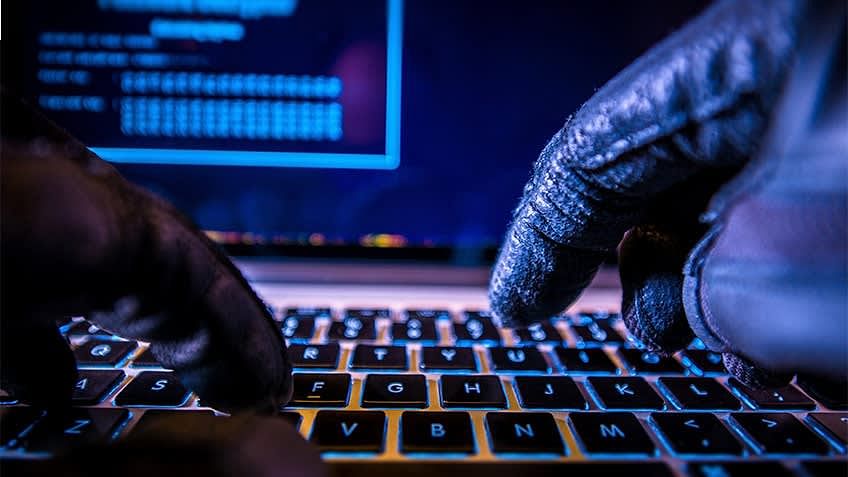 The word ‘hacker' originally defined a skilled programmer proficient in machine code and computer operating systems. Today, a 'hacker' is a person who consistently engages in hacking activities, and has accepted hacking as a lifestyle and philosophy of their choice. Hacking is the practice of modifying the features of a system, to accomplish a goal outside of the creator's original purpose.

Before understanding how to become an ethical hacker, let us understand more about the role.

What is the Attraction of an Ethical Hacking Career?

If you’re a professional who appreciates the joys of the world of computers and relishes a challenge, then a career in ethical hacking can be an enticing prospect. You get the opportunity to use your skills to break into computer systems, and you get paid good money for doing so. Like many careers, it is not easy to get started in the field, but if you put in the effort, initially, you will be able to shape a very lucrative career for yourself. Besides, ethical hackers are always on the right side of the law!

What Are the Stages of a Career in Ethical Hacking?

Patience is a skill you need to cultivate if you want to embark on a career as an ethical hacker. You can't expect to secure an exceptionally high ranking job and earn a large salary right from the beginning, but there is immense potential to achieve both in a short span of time!

Many ethical hackers start out by obtaining a computer science degree. You also have the option of obtaining an A+ certification (CompTIA) that requires taking & clearing two separate exams. These exams test an individual's knowledge of the components of a Personal Computer and their ability to take a PC apart and re-build it.

To take the test for the qualification, you are expected to possess at least 500 hours of practical computing experience. At this level of your career, you can expect to earn an average salary of $44,000 per year. Before you can advance in your career, however, you need to gain experience and gain a Network+ or CCNA qualification. The Network+ certification validates foundation-level knowledge in networks, including management, maintenance, installation, and troubleshooting. The CCNA qualification ensures the same abilities and aims at foundation-level expertise.

Once you are qualified, you can embark on the next stage of your career, in network support. Here, you will undertake activities like monitoring and updating, installing security programs, and testing for weaknesses. You will gain experience in the field of network security, and your aim should be to secure a position as a network engineer.

After gaining experience working in network support, you can hope to earn in the $60,000-65,000 range! You will now be designing and planning networks instead of just supporting them. From now on, your journey towards becoming an ethical hacker should have you concentrate on the Security aspect. Now is the time when you need to be working towards obtaining a certification in security, such as Security+, CISSP, or TICSA, for example. The Security+ accreditation is approved by the US Department of Defense and includes the testing of such vital topics as access control, identity management, and cryptography.

CISSP is a globally recognized security qualification that attests to knowledge in risk management, cloud computing, and application development. Testing for the TICSA qualification covers the same areas and is aimed at the same level of security understanding. Gaining this experience and the accreditation should be sufficient to help you secure a role in information security.

This is a major step on the ladder to becoming an ethical hacker as, for the first time, you are dealing with Information Security itself! The average salary for someone in this role is $69,000. An information security analyst examines the system and network security, deals with security breaches, and works toward putting security measures in place. For this role, you should concentrate on penetration testing so as to get hands-on experience of some of the tools of the trade.

At this point in your career, you should be aiming at getting a Certified Ethical Hacker (CEH) certification from the International Council of Electronic Commerce Consultants (the EC Council). The training you receive will take you through everything you need to know to become an efficient, ethical hacker. You will be completely immersed in a hands-on environment where you are taken through the process of hacking into a network and identifying any security problems that exist. Once you have gained this certification, you can start marketing yourself as a professional ethical hacker.

Let us learn how to become an ethical hacker after understanding what are the expectations of the job.

What Can You Expect as an Ethical Hacker?

Once you have embarked on a role as an ethical hacker, you will put all your technical and security expertise into trying to breach the network security of the business or organization that has hired you. The business will require a detailed analysis of your findings and your suggestions for the improvement of its network security. This work protects them from the hacking activities of those with illegitimate and illegal motives. The average salary you can expect as an ethical hacker is $71,000, with bonus payments often amounting to $15,000 - $20,000.

What is the Outlook for Ethical Hackers?

Cyberwarfare is extremely common, and many high profile enterprises have been subject to major hacking issues. In this day and age, spending on IT security on a global scale is reaching the trillion-dollar mark. What better way to combat the threat of black-hat hacking than by making use of an army of white-hat hackers?

The demand for ethical hackers is at an all-time high and rising. Many experienced, ethical hackers can expect to earn in excess of $120,000 per year, especially if they are running their own consultancies or penetration testing companies! All set to become an Ethical Hacker? Check out Simplilearn’s Ethical Hacking Training Course!