HomeResourcesDevOpsDocker Tutorial: A Step by Step Tutorial for BeginnersTop 25 Docker Interview Questions and Answers for 2023 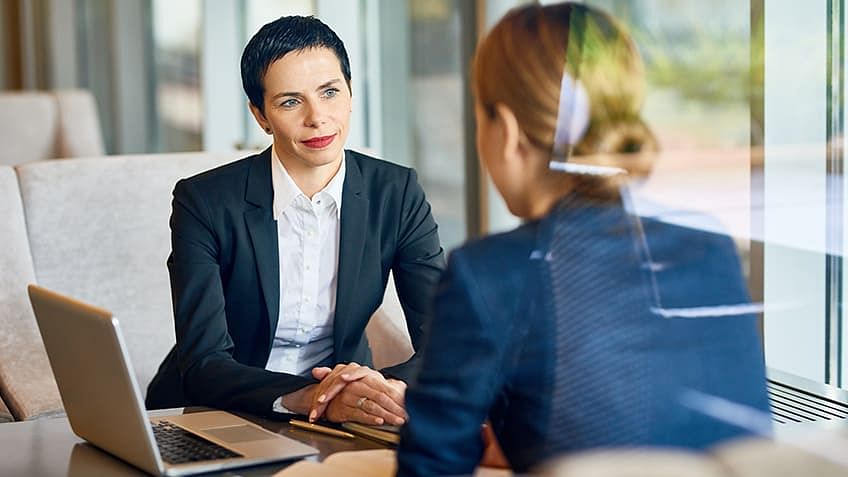 It pays to go into a job interview as prepared as possible. You should not only have your resume and references squared away, but you should also have a solid grasp of what the position entails and what the company is like.

For instance, researching the company shows the interviewer that you have a genuine interest in the organization and have taken the time to do your homework.

In the spirit of preparing you for that all-important job interview, we present a collection of Docker interview questions and answers for experienced, intermediate, and primary levels.

While there’s no way to cover the entire range of Docker container interview questions adequately, you’ll find a good cross-section of challenges that you most likely will face. Once you get better acquainted with these interview questions on Docker, you’ll be better prepared to sit down for that interview with a higher level of confidence.

So let’s start with the easy docker interview questions and work our way up to the more complicated issues.

Want to get skilled in the various docker technologies like DockerHub, Docker Containers, and more? Enroll for the Docker Certified Associate Training.

Docker is an open-source containerization platform. It is used to automate the deployment of any application, using lightweight, portable containers.

2. What are Docker’s most notable features?

Docker’s most essential features include:

3. Why should anyone use Docker? What does it offer?

Docker gives users many incentives for adoption, such as:

4. What about the opposite? Does Docker have any downsides?

Docker isn’t perfect. It comes with its share of drawbacks, including:

The three main Docker components are:

Containers are deployed applications bundled with all necessary dependencies and configuration files. All of the elements share the same OS kernel. Since the container isn’t tied to any one IT infrastructure, it can run on a different system or the cloud.

Virtualization is the means of employing software (such as Hypervisor) to create a virtual version of a resource such as a server, data storage, or application. Virtualization lets you divide a system into a series of separate sections, each one acting as a distinct individual system. The virtual environment is called a virtual machine.

8. What’s the difference between virtualization and containerization?

Although there are several different ways of describing the steps in a Docker container’s lifecycle, the following is the most common:

We will next look at the intermediate-level docker interview questions and answers.

10. Name the essential Docker commands and what they do.

The most critical Docker commands are:

11. What are Docker object labels?

Labels are the mechanism for applying metadata to Docker objects such as containers, images, local daemons, networks, volumes, and nodes.

12. How do you find stored Docker volumes?

13. How do you check the versions of Docker Client and Server?

This command gives you all the information you need: $ docker version

14. Show how you would create a container from an image.

To create a container, you pull an image from the Docker repository and run it using the following command: $ docker run -it -d <image_name>

15. How about a command to stop the container?

16. How would you list all of the containers currently running?

Use the command: $ docker ps

Docker containers have the potential to be scaled to any level needed. Thanks to the platform’s flexibility, you can have anything from a few hundred to a few thousand, to millions of containers, providing they all have continual, unconstrained access to the required memory and OS.

18. What do you know about the Docker system prune?

It’s a command used to remove all stopped containers, unused networks, build caches, and dangling images. Prune is one of the most useful commands in Docker. The syntax is:  $ docker system prune

We will next look into the advanced level docker interview questions and answers.

19. List some of the more advanced Docker commands and what they do.

Some advanced commands include:

20. Can you lose data stored in a container?

Any data stored in a container remains there unless you delete the container.

21. What platforms can you run Docker on?

The Linux platforms are:

Docker can also run on the following cloud-based platforms:

22. Which is the best method for removing a container: the command “stop container” followed by the command “remove the container,” the rm command by itself?

Stop the container first, then remove it. Here’s how:

23. Can a container restart on its own?

Since the default flag -reset is set to false, a container cannot restart by itself.

24. How do Docker daemon and the Docker client communicate with each other?

You use a combination of Rest API, socket.IO, and TCP to facilitate communication.

25. Can you implement continuous development (CD) and continuous integration (CI) in Docker?

Yes, you can. You can run Jenkins on Docker and use Docker Compose to run integration tests.

26. Finally, how do you create a Docker swarm?

Want to Learn More About Docker?

Using the above Docker interview questions and answers is a sound way to prepare for an interview, but you should also consider reading up on some Docker-related subjects. Simplilearn has an excellent selection to choose from.

This Docker tutorial offers you an excellent foundation on which to build, covering the fundamentals. What is Docker and Docker Container? gives you some more detail, expanding on the information provided by the tutorial. Since Docker is such an integral part of DevOps today, you’ll want to read Best DevOps Tools to Learn and Master. It doesn’t focus exclusively on Docker but instead offers an overview of the many different tools used in DevOps, and yes, Docker is featured.

Finally, the DevOps Certification Training Course will prepare you for a career in DevOps. You’ll become an expert in the principles of continuous development and deployment, automation of configuration management, inter-team collaboration, and IT service agility, using modern DevOps tools such as Git, Docker, Jenkins, Cucumber, Ansible, TeamCity, and Nagios.

Want to brush up on your knowledge on the topics related to docker? Try answering this DevOps mock test and find out now!

Do You Want to Take Your Docker Skills to the Next Level?

If you’ve already started working with Docker in a DevOps capacity, you should consider boosting those skills to a higher level. By upskilling and gaining in-depth certification, you increase your marketability, earning potential, and demand in today’s competitive workplace.

That’s why the Docker Certification Training course is an absolute must for the professional who wants to stay ahead of the pack. The course provides you with a career boost by using real-life examples. It offers you the best learning experience for Docker technologies like Docker Compose, DockerHub, Docker Swarm, and Docker Containers.

So take those first steps into the world of Docker today and watch your professional career take off!