Ultimate Guide To Introduction To Golang

Lesson 4 of 4By Kartik Menon 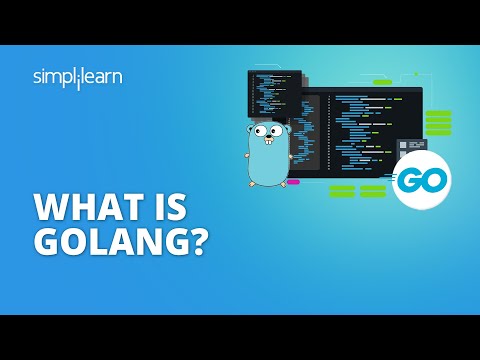 If you like to learn Go (Golang), this tutorial will lead you to the path. But if you have any doubts or are unsure about learning the language, this tutorial will tell you about the facts, stats, and figures withdrawn by the Go developers. Go emerged to solve the increasing complexity of the codebases within Google. After its emergence, many cloud-based and server-side applications adopted it. It is used in developing command-line tools and embraced in artificial intelligence and data science.

You can run your first code without any setup on the playground provided at golang.org.

The Go programming language was born because of the complexity of managing the infrastructure and codebases within Google. Go was designed by Robert Griesemer, Rob Pike, and Ken Thompson. Go was designed at Google in 2007 and was announced to the public in 2009, and it was made open source in 2012, with the release of version 1.0

Easy to Use and Learn

Golang is easy to use and understand. It has gained popularity in the top 20 programming languages. Go has a linear learning curve that appeals to novice programmers. If someone already has hands-on C# or C++, learning Go for them should be more accessible because of its striking similarities to C.

You can find the documentation on the official website golang.org. Go has solid and easy-to-read documentation. Apart from documentation, Go also has a supportive and active community. You can use the hashtag #golang whenever got stuck on Twitter to reach out to the community.

Go users have a standard library packed with the language, which reduces the effort of importing complex secondary libraries.

Go's standard library is vast but not confusing, that is, without the issue of conflicting function names. One of Go's best contributions to programming is it offers a more straightforward way of integrating data structures into code blocks.

Simple code is safe and more secure than complicated code. As Go is a statically typed language, Go users don’t have to debug a lot to identify errors which is the case with many dynamic languages and their large number of variable types. Plus, the inclusion of a garbage collector also helps prevent memory leaks.

According to a survey conducted by StackOverflow, Go developers are the third-highest paid after Perl and Scala. Due to Go's increasing popularity every year, this figure will continue to rise.

Various industries have adopted Golang from robotics to the gaming industry. It is used in microcontroller programming. The Go community has helped Go become popular in the masses and they have embedded newer methods with the progression of Go versions. For visual understanding, you can watch the following video tutorial.

If you wish to More of these programming languages and maybe work as a developer, course certification will be beneficial. To learn more, Check out the Post Graduate Program in Full Stack Web Development course in collaboration with Caltech CTME. In just a few months, you'll learn modern coding techniques with boot camp-level intensity and gain all you need to be a full-stack technologist.

If you have any questions or inputs for our editorial team regarding this “The Best Guide with the Introduction to Golang” tutorial, do share them in the comments section below. Our team will review them and help solve them for you very soon!