How to Become a Deep Learning Engineer in 2023? Description, Skills and Salary

What Is MLOps? Everything You Need to Know About Machine Learning Operations

Why You Need AI for Business Decision Making with Wharton Online

What is Multiple Linear Regression in Machine Learning? 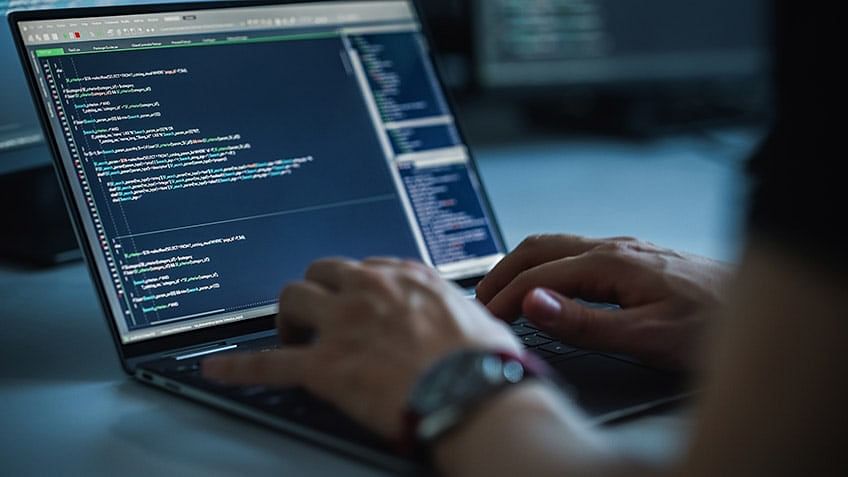 Linear regression is a model that predicts one variable's values based on another's importance. It's one of the most popular and widely-used models in machine learning, and it's also one of the first things you should learn as you explore machine learning.

Linear regression is so popular because it's so simple: all it does is try to predict values based on past data, which makes it easy to get started with and understand. The simplicity means it's also easy to implement, which makes it a great starting point if you're new to machine learning.

There are two types of linear regression algorithms -

In this guide, let’s understand multiple linear regression in depth.

What Is Multiple Linear Regression (MLR)?

One of the most common types of predictive analysis is multiple linear regression. This type of analysis allows you to understand the relationship between a continuous dependent variable and two or more independent variables.

For this method, we assume that we have k independent variables x1, . . . , xk that we can set, then they probabilistically determine an outcome Y.

Furthermore, we assume that Y is linearly dependent on the factors according to

Where ε is a standard error, this is just like we had for simple linear regression, except k doesn’t have to be 1.

We have n observations, n typically being much more than k.

For i th observation, we set the independent variables to the values xi1, xi2 . . . , xik and measure a value yi for the random variable Yi.

Thus, the model can be described by the equations.

Where the errors i are independent standard variables, each with mean 0 and the same unknown variance σ2.

Now, with k ≥ 1, we’ll have a least squares hyperplane.

Take the partial derivatives of the squared error.

When that system is solved we have fitted values

For your model to be reliable and valid, there are some essential requirements:

Example of How to Use Multiple Linear Regression

# fit our LR to our data

The Difference Between Linear and Multiple Regression

A multiple regression model uses more than one independent variable. It does not suffer from the same limitations as the simple regression equation, and it is thus able to fit curved and non-linear relationships. The following are the uses of multiple linear regression.

Why and When to Use Multiple Regression Over a Simple OLS Regression?

When you're trying to predict something, it's usually helpful to start with a linear model. But sometimes things aren't so simple.

MLR can use more than one explanatory variable at once. This allows you to make better predictions about what might happen in your data if certain changes were made.

1. When should we use multiple linear regression?

Multiple linear regression is a statistical technique used to analyze a dataset with various independent variables affecting the dependent variable. When forecasting more complex relationships, this is often the case.

2. What is multiple regression used for?

When making a prediction or forecasting, it's best to have as much data as possible. Multiple linear regression is a model that allows you to account for all of these potentially significant variables in one model.

The benefits of this approach include a more accurate and detailed view of the relationship between each particular factor and the outcome. It means you can plan and monitor your data more effectively.

3. What is the difference between linear and multiple regression?

Multiple regressions are used for:

3. What is the formula for multiple linear regression?

For example, if you had two independent variables (x1 and x2), then the coefficient for x1 would tell you how strongly each unit change in x1 affects y—and likewise for x2.

4. What are the assumptions for multiple linear regression?

To ensure that your data is appropriate for the linear regression analysis, you need to make sure that it meets the following five conditions:

Are you looking for a career in AI, Machine Learning, Deep Learning, and Computer Vision?

You can do it with our intensive Post Graduate Program In AI And Machine Learning. We offer this program in collaboration with IBM and Purdue University and include live sessions from outside experts, laboratories, and business projects.