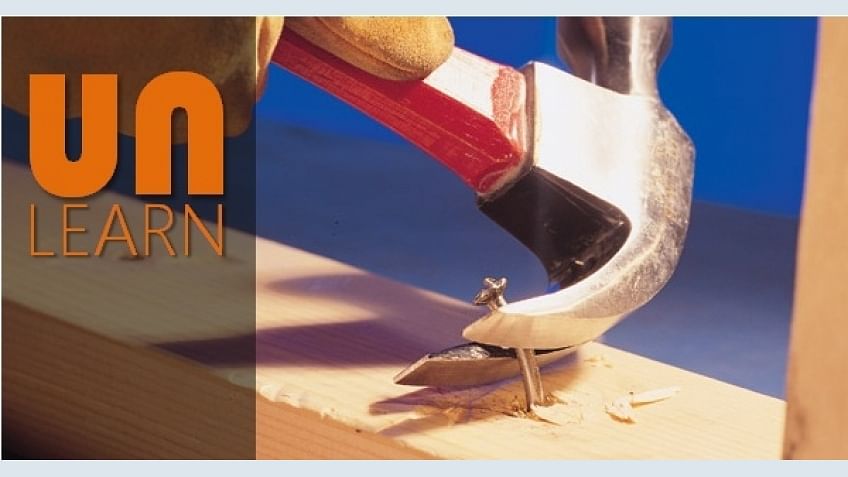 "The most difficult subjects can be explained to the most slow-witted man if he has not formed any idea of them already; but the simplest thing cannot be made clear to the most intelligent man if he is firmly persuaded that he knows already, without a shadow of doubt, what is laid before him."  - Leo Tolstoy

It was a Monday afternoon. I was seated in the cabin of my competency manager, Soham; and we were discussing some of the key issues regarding my projects. Soham was quite happy with the recent proof of concept development project that I and my team had delivered at our offshore development center. We had delivered the project well within the schedule and budget. The client had also informed us that they were quite convinced of our capabilities in delivering similar projects in the healthcare domain, on .NET technologies. Suddenly, Mahesh pinged Soham on the global chat system and said, "Sorry Soham, the project is not coming to us. The client isn't happy with the initial schedule estimates that Sivam had presented to the client. They cannot wait so long to implement the pricing tool and integrate them with other rating and quoting tools .The current systems are taking longer time to install cases and provide quotations in comparison to the existing competition in the market. This is adversely impacting their business.”

Mahesh was our onsite engagement manager and Sivam was our onsite project manager. After receiving this news, everyone in the competency including Soham was quite disappointed.

Now, what could have gone wrong with Sivam's estimates? Sivam had been managing similar projects for almost three years in the competency, and was known for his abilities in managing the stakeholders in the project including the business users, sponsor, onsite and offshore managers; and the offshore development teams.

Moreover, since I and my team had already delivered a proof of concept for a similar project, Sivam also had the advantage of taking into account, the views of my team, before finalizing the estimates for the client.

However, Sivam did not consult the team. Instead, he chose to rely on his earlier experiences in managing projects while submitting an initial estimate to the client. The result - Sivam's schedule estimate was more than three times the actual schedule estimate that I and my team had estimated later. By using the relevant estimation techniques and by using our own experiences in implementing similar projects including the proof of concept development project, we estimated that the project could be completed within a timeframe that was about a third of what Sivam had estimated. Muniraj, our software architect, also endorsed our view that Sivam's estimates were way off the mark!

"Now, why didn't Sivam consult other team members in the competency while preparing an initial estimate", you may ask. The answer is simple. Sivam failed to 'unlearn' some of his old habits and project management practices that he had learned on the job. Sivam's inability to 'unlearn' not only cost us the project, but also many similar projects, which we lost to our nearest competitor in the healthcare business. Our client wasn't prepared to wait so long to implement the project.

In this article, we will take a look at what 'unlearning' is all about and how important it is for individuals and organizations to learn the art of 'unlearning'.

What does it mean to 'Unlearn'?

According to the dictionary, unlearning is a transitive verb that means to put (something learned) out of mind Or to put aside the practice of.

Unlearning doesn't mean we have to let go of all our knowledge or perceptions. It just means that we have to step outside our perceptions and learn about the world. Often, it is what we already know or believe to be true that acts as a barrier in learning new things. 'Unlearning' and learning are two sides of the same coin. To learn something new, we need to 'Unlearn' first.

Let us consider a true life story of Australian Physicist Barry Marshall, which is quite popular in the medical fraternity. In September, 1983, Marshall travelled to Brussels, Belgium, to present his research findings at an international conference of ulcer specialists. Through his research Marshall suggested that stomach ulcers are caused by a bacterium, 'Helicobacter Pylori’. His presentation was greeted with laughter since the audience of ulcer experts considered the idea so preposterous.

For decades, medical students were taught that chronic stomach ailments, including peptic ulcers and gastritis, were caused by stress, greasy food, or too much acid. Marshall's critics contended that the presence of 'Helicobacter Pylori’ in the stomachs of patients with gastric diseases was coincidental, and that the bacteria were probably harmless.

A year later, Marshall returned with even more compelling evidence. Frustrated by failed efforts to infect lab animals with the 'Helicobacter Pylori’, he himself drank a few ounces of liquid containing the bacteria, much to the horror of his assistant, and promptly developed gastritis. When he was invited to attend a medical conference in Dallas, Texas in 1985, he repeated his assertions of the bacterial cause of gastric illness and challenged the audience of medical scientists to prove him wrong.

However, it took almost a decade for the international scientific community to accept Marshall's theory of the bacterial cause of peptic ulcers and finally his work was showered with honors, beginning with the prestigious Warren Alpert Prize in 1994. After receiving the Australian Medical Association Award, along with his old colleague, Dr. Warren, Barry Marshall received the most coveted honor in American medicine, the Albert Lasker Clinical Medical Research Award in 1995. In 2005, Marshall and his researcher partner, Dr. Robin Warren, were also awarded the Nobel Prize in medicine "for their discovery of the bacterium Helicobacter Pylori and its role in gastritis and peptic ulcer disease".

This story from the life of Barry Marshall compels us to ask this question, "Why were hundreds of thousands of ulcer patients treated with unnecessary, costly and often ineffective treatment for more than two decades ? " .

The answer is because many people, including highly educated medical specialists, had a difficult time unlearning old knowledge and accepting what Barry Marshall had proven through his works.

Organizations need to 'Unlearn' to stay in business

In the last two decades, we have seen how businesses were characterized by factors such as intense global competition; rapid obsolescence in practices, products and skills; and a great deal of unpredictability and volatility that hindered future planning. In this era of volatility and rapid changes, the concept of long lasting competencies is not working any more.

Therefore, business experts feel that organizations need to 'unlearn' their older approaches for organizing labor and accomplishing work which are becoming barriers for productivity today . Organizations no longer need indefinite access to narrowly skilled talent. Instead they need medium-term access to versatile talent and short-term access to specialized talent.

Business experts also feel that in this intensely competitive environment, organizations must also 'unlearn' some of its core management practices and focus on creating "new market spaces” to generate more value for the business.

Most managers focus relentlessly on serving the customer, making incremental improvements to core product or services, or finding yet another margin-saving efficiency to beat the competition. Although these are all essential in adding value, organizations must also be able to foresee the trends in business and relentlessly focus on creating "new market spaces” or "unoccupied territory "to generate value for their business. Organizations need to have professionals who could be held responsible for "seeing these new market spaces”. It is these people who need to know the answers to questions such as, “who owns the white space?" i.e the market space where their employers aren't operating yet, but could be with a little foresight or imagination.

In his book," The Future of Management”, Gary Hamel recounts how, in the late 1990s, IBM did exactly this. By 'unlearning' many of its core management principles, IBM was able to identify disruptive technologies, industry trends, and embryonic markets, and transform them into billion-dollar opportunities.

Professionals should learn to quickly 'Unlearn'

Today, with companies having to constantly change their business models to keep pace with rapid developments , the ability to 'unlearn' old concepts and pick up new ones quickly , is one of the most important skill set that they look out for, while hiring people. Therefore professionals need to enhance their abilities of 'unlearning' some of their old practices, beliefs and assumptions to learn new skills that meet the needs of their job.

Employees may have to 'unlearn' some of their older ways of doing their jobs including their ways of communicating with each other. For instance, let’s consider one of the most widely used communication tools in our workplaces, i.e Email.

Email has turned out to be one of the biggest time killers in the modern workplace. According to McKinsey’s 2012 Social Economy report the typical corporate user spends about 2 hours and 14 minutes every day reading and responding to email. The average business user wades through 114 emails a day, which works out to 41,610 messages a year (or one email every 12.6 minutes of our lives).

In early 2011, Thierry Breton, the CEO of a French IT company attempted to do just that. He issued an unusual memorandum. He banned email. Employees were discouraged from sending or receiving internal messages, with the goal of eradicating email within 18 months. Critics scoffed. Workers rebelled. But Breton stuck to his guns, and was able to reduce the volume of messages by an estimated 20% . His company currently has 74,000 employees in 48 countries.

And Breton is not alone in thinking that emails days are numbered. There are a lot of organizations who are seriously thinking about an alternative solution to emails.

As Ryan Holmes the CEO of HootSuite, a social media management system with 5 million users, including 79 of the Fortune 100 companies , puts it ; "Turn email into a conversation. Get rid of the inbox. Build an online platform where departments can post and respond to messages on central discussion threads, Facebook-style. Then integrate that with Twitter and Facebook so great ideas can be broadcast--with a click--to the world"

So what are you thinking? Ready to ‘unlearn’?

Middle and senior managers too, may have to 'unlearn' things such as short term thinking, to attain long term success in business; the technology they use as it may have become obsolete; what their target market is, because it may have changed; older ways of conducting status meetings since bad status meetings may have decreased their performance, decreased their buy in, besmirched their reputation, and being thought of as complete waste by their team members; or other management practices which are not adding value to the business anymore.

'Unlearning' and learning are two sides of the same coin. To learn something new we need to 'unlearn' first. Unlearning doesn't mean we have to let go of all our knowledge or perceptions. It just means that we have to step outside our perceptions and learn about the world.

In the current global scenario of rapid changes, organizations must 'unlearn' a lot of things including their business models and their strategies in dealing with market competition and focusing on new market spaces. Due to the changing business scenarios, organizations are now increasingly focusing on hiring people who are willing to quickly unlearn old concepts and learn new ones.

Therefore, the new mantra is 'Unlearn' or perish.