HomeResourcesDigital MarketingUpgrading to the AdWords New Ad Format: What You Need to Know

14 Essentials of Social Media Marketing to Boost Your Business

Upgrading to the AdWords New Ad Format: What You Need to Know 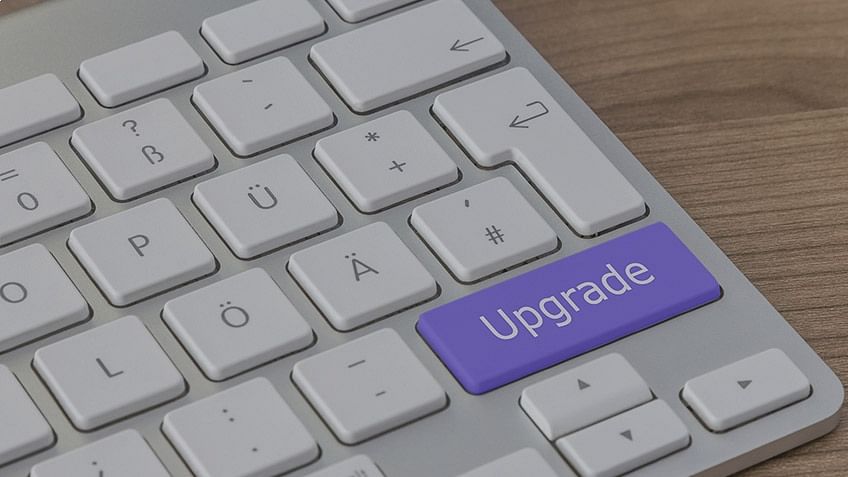 Earlier this year, Google announced one of the largest changes ever to AdWords: expanded text ads.

On the surface, the change is simple. AdWords is changing the search ad text format. However, when we compare it to some of the largest changes to AdWords over the years, such as quality score or remarketing; it’s actually a larger change for advertisers than any of these features.

The reason why is that this change forces all advertisers to actually change their search ads. All of them. With previous, large changes, advertisers could use the new features or analysis; but they weren’t forced to actually make changes.

By January 31st, 2017 – you will no longer be able to create standard text ads. All ads must be in the new format.

However, early adopters are seeing a nice uplift in CTR and conversion rates. As the new ad format really stands out compared to the old ad format and allows you to tell a story within the ad, those who have already started upgraded to ETAs are enjoying nice benefits.

On the surface, the change can be illustrated by a simple chart that Google published:

The character limits have changed. You now have two headlines, one long description line, and you create /paths/ instead of writing a display URL. The display URL is automatically inherited from your final URL and then you can customize the folders that are displayed.

When we compare the standard text ads against the ETAs we see that the character limits aren’t that far off from the old ad format, excluding the description line:

This has lead a lot of advertisers to do a simple mapping for upgrading such as:

There are a few problems with that upgrade process. The first is that the old description line 1 had a max of 35 characters and the new headline 2 has a max of 30 characters. If you just upgrade, then you will see a lot of rejected ads due to character limit considerations.

The new headline 2 is a very prominent line. While your headline 1 is most likely related to the keyword or the ad group; this headline is a great place for multi-ad group testing to see what benefits and calls to action (yes, calls to action lines are working well in for many advertisers in the headline 2) are going to work best for you.

The second consideration with just upgrading is you end up with a very short description line since the new line is 45 characters longer than the previous line.

We’ve been doing some analysis of ETAs with the AdAlysis ad testing data set; and we’re seeing that there is a large CTR difference between ETAs that have more or less than 35 characters. Essentially, if companies’ custom wrote longer descriptions; even at the campaign level and used them across all of the ad groups in those campaigns, they are preforming much better than companies who just inherited their old description line 2 and are now using it as their new description.

The other large change with ETAs is that you can no longer set them as mobile preferred. This means that all ads within an ad group can show for any device where that ad group is eligible to be displayed.

That’s a complicated sentence. The reason why it’s so complicated is along with the change to ETAs are device modifiers for every device. You can set a bid modifier on mobile, tablet, or desktop devices.

This means that a campaign can show on any device combination, such as only tablet, only mobile and desktops, all devices, etc.

If you want to make mobile only ads; you need to set your device modifiers at the campaign level to create a mobile only campaign (by using -100% tablet and desktop bid adjustments) and then all the ads within that campaign are mobile only ads.

Expanded text ads aren’t just a new ad format. They are a redesign of the way ads are displayed. While there are great tools to help you upgrade your ads in mass; ensure you use a tool (or custom write your ads without a tool) that allows you to customize any inherited data so that you are taking advantage of the longer descriptions and don’t see a lot of ad rejections due to character lengths.

If you are just getting started with ETAs. The best first steps are to use multi-ad group testing for your new headline 2 to see what type of message resonates with your audience and to use descriptions that near the new limit for descriptions.

While you have until January 31st to make the changes; upgrading early means your ads will really stand out against the competition and give you an edge throughout the holiday season.

Brad Geddes is the author of "Advanced Google AdWords", and founder of Certified Knowledge, an online source where the Paid Search community comes together for PPC training, tools, and advice.