Time Management: The Secret to Achieving Your Career Goals in 2022

What if F.R.I.E.N.D.S went Mainstream? 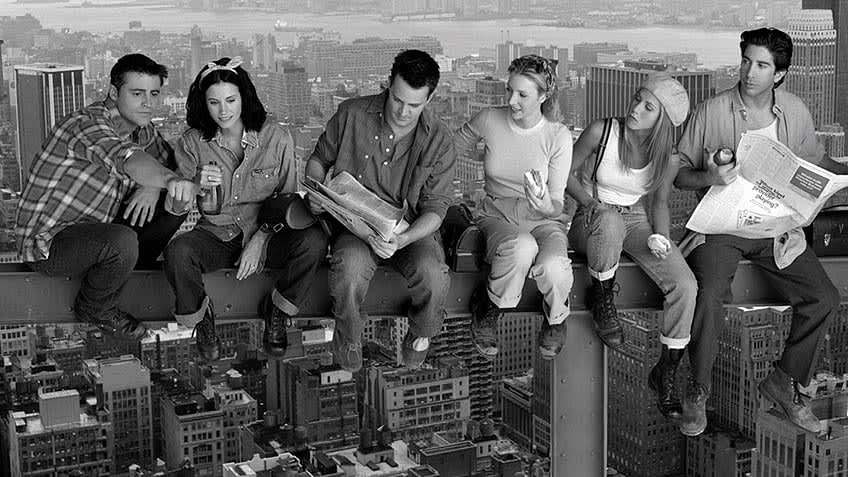 "Welcome to the real world! It sucks – you're going to love it."

12 years ago, this classic TV show went off air, but it’s a sitcom that has never gone on a break. Not only has F.R.I.E.N.D.S enjoyed endless reruns, its fans are just as zealous as ever. The hit TV show is still a favorite among people of all ages – a way to relax after a hectic or bad day. Pick up any episode, and no matter how many times you may have watched it, you will be laughing like never before.

The show couldn’t be a more realistic depiction of the twenty-something life. The series became a beacon for flailing twenty-somethings everywhere, the second Monica ushered Rachel into the world of poverty, dead-end jobs, and quarter life crises. And 22 years after its 1994 debut, it still holds up.

The regular job changeovers in the show embodies the career quests of many people- be it in their mid-20s of early 40s. Only Joey’s career remained a constant throughout the series, while the remaining 5 saw ups and downs in their career.

Now, we know that for the most part, making a career in a certain field depends on what skills and traits you possess. So we decided to examine the traits of each of the F.R.I.E.N.D.S characters and pick out the role that would best suit them.

As a chef, Monica is known for her cleanliness, competitiveness, and obsessive compulsive disorder. Described by Jill O’Rourke of Crushable as ‘the glue that held the group together’, Monica, much like a Project Manager, is someone who knows to keep her team together through thick and thin.

She is highly competitive. A stand out example of this ‘The One with the Embryos’, when Monica gambles away her apartment in a game that Ross invented.

Project Managers are extremely organized and know how to lead. They look for ways to motivate their co-workers and inspire confidence in their stakeholders. Apart from this, they are also pragmatic, empathetic, and good communicators.

Everything that defines Monica is in those two lines. Am I right? Or am I right?

Organizing is something that comes pretty easily to Monica, and you know she can get the best results in the most efficient way possible, even if it is through force – a flashback to ‘The One with Phoebe’s Wedding’ where Monica went on a rampage to organize everything which finally drove Phoebe crazy. The girl will do whatever she can to achieve the best for anything she decides to take on.

“I’m gonna go get one of those job things.”

As the character who defined fashion at the time, Rachel broke the stereotype of ‘being ditzy doesn’t make you dumb’.

Leaving her father’s money and her engagement behind, Rachel had hit rock bottom. With a slight shove from Monica, Rachel got back on her feet. She made a flexible career shift and went from waitressing to working in Ralph Lauren, and that is something for a woman who knew nothing about the real world. She never stopped learning what she could when she could. She networked till it reaped her good results.

Digital marketers possess the ability to be flexible and adapt to change. They have the hunger to learn and keep up-to-date.

Unlike Monica, Rachel possess the right amount of competitiveness – she’s neither too competitive nor too laid back, much like a Digital Marketer.

Her ability to solve problems as and when they arise and her knack for getting creative is what makes the perfect fit for a Digital Marketer.

It isn’t much of a surprise for us that Ross’ character traits relate to that of a Lean Six Sigma specialist. Have you ever seen Ross back down from anything important?? He is one person in the group with a ‘can-do’ attitude, much like a Lean Six Sigma professional.

Like a Lean Six Sigma specialist, Ross possess the ability to challenge people, whether or not they take him seriously – ‘The One with Monica and Chandler’s Wedding’.

The man is rational and a team player. He understands the dynamics of working as a team to get things done. He not only pushes himself to be better but also pushes the others to get better in what they do seen in instances where he is helping Joey, Monica, and Rachel.

“They don’t know that we know they know we know.”

Agile practitioners are passionate, born leaders, and are willing to be trainers and mentors. To us, Phoebe seems perfect for the Agile industry. She too, is a born leader as is willing to train and mentor her friends. ‘The One where Joey Speaks French’ shows Phoebe helping Joey learn French for his audition or teaching him how to lie as an excuse for not attending the ball.

Much like an Agile practitioner, Phoebe is able to align people to one common goal, is flexible and pragmatic. She understands that people are people and not just resources.

And most importantly, politics does not scare her. She will stand up for her principles and what she believes in no matter what. She knows that uncertainty is a part of life and it can be managed best through feedback.

“I say more dumb things before 9am than most people say all day!”

Smart and outspoken, Chandler is portrayed as someone who makes his decision based on logic and reason. He is the most spontaneous character of the group.

Throughout most of the series, he works as an IT Procurement Manager where he specializes in statistical analysis and data reconfiguration. It remains a running joke through most of the seasons that no one quite knows what he does.

Yes, we know he hated his job. But he seems to fit the role of a Big Data specialist perfectly.

A simple minded, good-natured womanizer who loves food, Joey is highly extroverted because he thrives on human interaction, whether it’s on stage or in Central Perk. He’s always full of energy and likes to think of himself as the life of any party.

Trust us when we say, we really tried to find a role for Joey, but we found nothing. Joey is just, well, Joey. You can’t change him. And we wouldn’t want him being anyone else. We love him just the way he is.

Could we be more specific?

So, what about you?

Friends was more than a TV show, but boy! what a TV show it was!