Defining Angular 4 and How to Master It 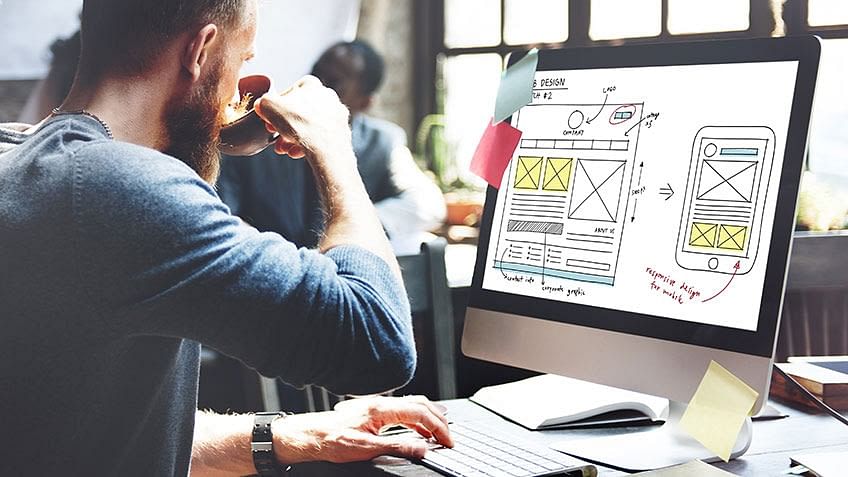 So what is Angular 4? In the last few years, Angular has rapidly evolved into newer versions, advancing from version 1.0 (AngularJS) to Angular 2 and Angular 4. Released in March this year, Angular 4 is the latest version of Angular. It is a TypeScript-based, front-end web application platform.

If you’re considering a career that requires knowledge of Angular, here’s why you should learn Angular 4.

What Are the Features of Angular 4?

Angular 4 is an improvement on Angular 2, but a total rewrite of AngularJS. It has a completely different architecture. The features that set Angular 4 apart from earlier Angular versions include the following:

Angular 4 supports the most recent versions of TypeScript, i.e. 2.1 and 2.2. This has enhanced the rate of ngc and enabled superior type checking.

In Angular 4, it is simpler to add search parameters to an HTTP request.

In Angular 4, it is possible to use an if/else design syntax in your templates. You can also assign a local variable such as if to unroll an observable.

4. A new View Engine that produces less code in Ahead of Time (AoT) mode

Unlike the ‘’Just in Time’’ mode where template compilation is done at runtime, the  AoT mode template compilation happens during the build, with the JS code subsequently being generated. This has several advantages, including discovering if your template is incorrect at build time. The downside of AOT, however, is that the JS code generated is generally bigger than the uncompiled HTML templates. In Angular 4, the View Engine has been improved to decrease the generated code by approximately 60 percent when using AOT mode.

In Angular 4, animations have been pulled from the Angular core (@angular/core) and packaged into a standalone animation module. This excess code does not have to be included in your creation packages if you do not need to use animations. To add animations to the main NgModule, you can import the Browser Animations Module from @angular/platform-browser/animations.

6. Pipes
A new title case pipe was introduced in Angular 4. This pipe changes the first letter of every word into uppercase.

Instead of params or queryparams to represent the parameters of a URL, Angular 4 uses ParamMap.

What Are the Benefits of Angular 4?

Because it is the latest version of the Angular framework, Angular 4 has more powerful features and capabilities that allow developers to create complex, modern, customizable, responsive and user-friendly web applications. Some of the benefits include:

Angular transforms your templates into code that is highly augmented for today’s JavaScript virtual machines, merging the advantages of handwritten code with the productivity of a framework.

The new Component Router in Angular delivers automatic code splitting so that users only load the requisite code for rendering the view they request. This increases the loading speed for Angular apps.

4. Cross-platform applications on the desktop

Angular enables the quick creation of UI views with a powerful yet simple template syntax.

Developers can get instant error reports, intelligent code completion and other feedback in popular editors and IDEs.

How Will Learning Angular 4 Help Your Career?

As the successor of the tremendously successful AngularJS, Angular 4 is bound to be the future of front-end development. For web developers and mobile app developers, the importance of learning Angular cannot be stressed enough—and it only makes sense to learn the newest version: Angular 4. This is true whether you already work in the field and you want to keep your skills (current and relevant), or if you’re only just getting started.

As a Google product, Angular follows a robust versioning model. The Angular team is always working on fixing bugs and adding better features to each new version. Knowing the latest version positions you as technologically updated and prepares you to quickly learn the next version upon its release.

Angular is a complete rewrite of AngularJS and companies will have to adopt the newer versions going forward. Since Angular 4 is still relatively new, the market has a scarcity of developers. Learning it now would make you one of the few sought-after developers.

Due to the scarcity of Angular developers, the pay is high. This makes Angular 4 a very lucrative skill to master.

Staying relevant in the job market today is one of the biggest challenges developers face because technologies rapidly change and evolve. If you are planning on getting ahead in your career as a web or mobile application developer, learning Angular 4 is a worthwhile investment that will open up job opportunities for you.