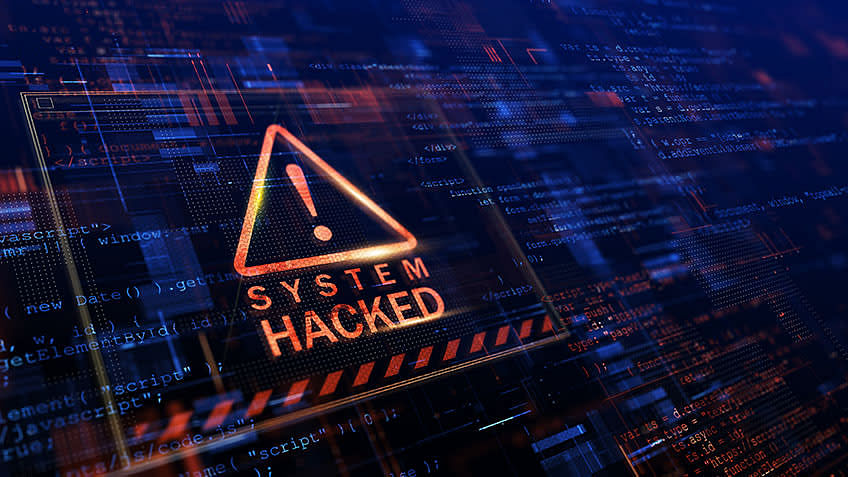 The job title “ethical hacker” may seem like an oxymoron, but these computer-savvy warriors are in hot demand to help organizations find system weaknesses, strengthen network security, and help avert ransomware attacks.

Ransomware is malicious software that infects a computer, encrypts a user’s files, and makes them impossible to open. The criminal then blocks access to them unless a ransom is paid. Often attackers engage in double extortion by exfiltrating a copy of the data in advance and threaten to release the data to the public if they don’t receive payment.

Penta Security writes that these double extortion attacks can present a greater problem for companies if the data released to the public is damaging or embarrassing. Even if the company pays the ransom, there’s no guarantee that the hackers will delete the copied data.

A Rise in Network Security Breaches

Despite efforts to educate employees not to click on external links and investments in cyber security, hackers are successfully breaching firewalls. The PBS Newshour reported that between 2019 and 2020, ransomware attacks rose by 62 percent worldwide and 158 percent in North America. The FBI reported nearly 2,500 ransomware complaints in 2020, which is a 20 percent hike over 2019. The collective cost of ransomware attacks totaled about $29.1 million, up from $8.9 million the prior year.

Ransomware attacks are more severe. This summer’s ransomware attack on the U.S. information technology firm Kaseya compromised the data of 800 businesses around the world. The hackers requested a $70 million payment in Bitcoin to unlock the compromised data.

The growth of ransomware attacks prompted the White House to announce the formation of a task force to combat growing domestic and foreign cyber threats. NPR reported that the Biden Administration is offering $10 million for information that leads to identifying state-sanctioned cyber activity against crucial infrastructure. In addition, the federal government will also launch stopransomware.gov, a website to help businesses and state and local governments with cyber security issues.

Penta Security compiled a list of other notable ransomware attacks in 2020:

Australian transportation and logistics company Toll Group was hit by NetWalker ransomware in early 2020, forcing it to shut down significant parts of its delivery operations. The clients couldn't share, deliver, or track their shipments for many days. Later, the ransomware infected 1,000 servers in 50 countries, and its worldwide staff had to disconnect their computers from the company’s network. Later, Toll Group was hit with a second ransomware attack again in May, knocking its online portal out of service. The attackers also threatened to release sensitive data. Toll Group had publicly disagreed to pay the attackers, but it spent months dealing with customer concerns, reimbursements, and regulatory obligations.

Hackers hit New York-based entertainment and media law firm Grubman Shire Meiselas & Sacks with the REvil ransomware. Hackers stole and encrypted sensitive private information of Lady Gaga, Madonna, Elton John, Bruce Springsteen, Mariah Carey, Barbara Streisand, and others. The attackers had first ask'd for a ransom of $21 million, but the law firm stood firm against paying. Next, the attackers put information about Madonna up for auction, which sold at a base price of $1 million.

The University of California, San Francisco, was infected with the NetWalker ransomware infecting many databases

Garmin was unable to receive calls, emails, and online chats. Later, Garmin app had used pilots to schedule and plan flights, also was shut down.

A German woman died en route to the emergency room when the closest hospital, the University Hospital of Dusseldorf, was shut down due to a ransomware attack. It was the first-ever reported human death caused by a ransomware attack, and the ransomware operators provided the decryption key without asking for a ransom payment.

Hackers published data stolen from LG Electronics and Xerox on the data leak site for Maze ransomware. Both companies refused to pay the demanded ransom and suffered the second phase of the double extortion attack. Published data from LG Electronics included the source code of its products. The leaked data from Xerox involved the personal information of employees and potential customers.

Argentina’s Department of National Migration suffered a ransomware attack that resulted in the shut down of internal IT systems and the forced closure of Argentina’s border crossings for four hours. The criminals asked $2 million for the decryption key and the destruction of the stolen data and then raised the price to $4 million after a week of nonpayment.

Organizations and nations need to employ methods to better secure information and IT assets against ransomware and other unauthorized access. Penta Security recommends data backup and data encryption. Data backup is the duplication of the database into a separate network, so it can be accessed if attackers encrypt the original data. However, not every organization has the time and resources to duplicate and save all its essential data. Data encryption will prevent unauthorized access and help prevent extortion over sensitive information.

If an organization has trouble finding candidates to hire, retraining existing IT staff is an affordable and practical solution.

Simplilearn also offers a Post Graduate Program in Cyber Security, which takes a comprehensive approach to learn how to protect your organization’s infrastructure and secure data. Courses include risk analysis and mitigation, cloud-based security, compliance, and more.

Those interested in expanding their skill set will find a wealth of opportunities with Simplilearn. Simplilearn’s flexible, online courses are taught by industry experts and will make you ready for the next step in your career.

The Rise of Ransomware in the Era of Covid-19