Everything You Need to Know About Java Networking 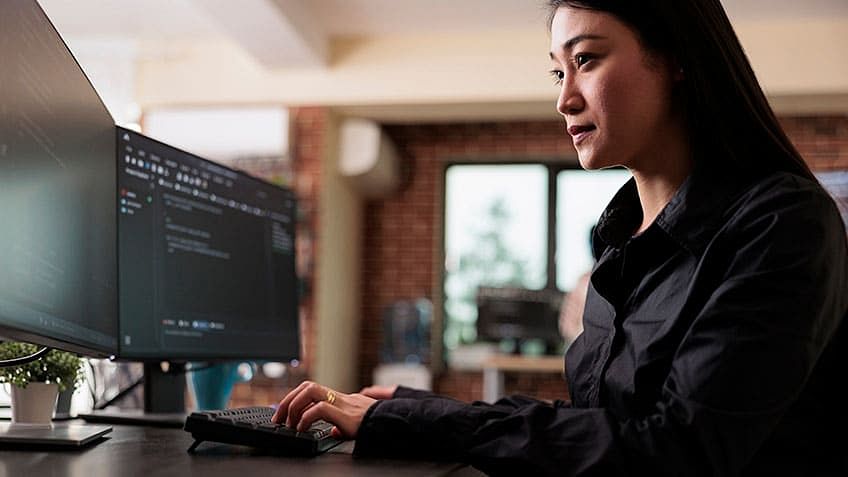 Network programming is the procedure of writing programs that run on multiple devices (computers) that are linked together via a network. To allow for low-level communication details, Java encapsulates classes and interfaces. This article consists of an overview of the fundamentals of Java Networking.

What Is Java Networking?

Java networking is the concept of connecting two or more computing devices to share resources. The application layer of a Java program communicates with the network. The java.net package contains all of the Java networking classes and interfaces.

The java.net package supports 2 protocols. These are their names:

TCP enables secure communication between two applications. It is commonly applied together with the Internet Protocol, which is referred to as TCP/IP.

UDP is a connectionless protocol allowing data packets to be sent between applications.

Java has been used in a wide range of applications over the years due to the following benefits:

Java is a simple programming language that is simple to learn and understand. Its syntax is based on C++ and uses automatic garbage collection. It has also removed features such as explicit pointers, operator overloading, and so on, making it easier to read and write.

Java employs an object-oriented paradigm. As a result, everything in Java is an object handling both data and behavior, making it more practical.

Because it doesn't use explicit pointers, Java is a secure programming language. Java programs are also executed within the virtual machine sandbox. JRE also distinguishes between class packages from the local file system and those imported from the network.

Java code can run directly on multiple platforms, eliminating the need to compile it each time.

Java employs a multi-threaded environment in which a larger task can be divided into multiple threads and run independently. The main benefit of multi-threading is that we don't have to allocate memory to each running thread.

The following are the most commonly used Java networking terminologies:

A protocol is a set of communication rules:

Each application is uniquely identified by its port number. It serves as a point of contact between applications. The port number is used in conjunction with an IP address to communicate between two applications.

A MAC address is essentially a hardware identification number that uniquely identifies each network device.

In Java, a socket is one end of a two-way communication link between two programs running on a network. A socket is always associated with a port number to allow the TCP layer to identify the application to which data is being sent.

The Java programming language's java.net package contains a number of classes that make it simple to access network resources. The following classes are included in the java.net package:

The CacheRequest class is applicable in Java whenever resources need to be stored in the ResponseCache. This class's objects serve as an edge for the OutputStream object to store resource data in the cache.

The CookieManager class is used to give a precise CookieHandler implementation. This class distinguishes cookie storage from cookie acceptance and rejection policy; a CookieManager comprises two parts: a CookieStore and a CookiePolicy.

The InetAddress class provides methods for obtaining the IP address of any hostname. An unsigned 32-bit or 128-bit number represents an IP address. InetAddress is capable of handling both IPv4 and IPv6 addresses.

The Socket class is used to create socket objects that aid users in performing all basic socket operations. Users can perform various networking tasks such as sending data, reading data, and closing connections.

A network socket that provides a connectionless point for sending and receiving packets is the DatagramSocket class. Every packet sent from a datagram socket is routed and delivered individually. It can also be used to transmit and receive broadcast information.

A proxy is an unchanged object and a kind of tool, method, program, or system that serves to protect the data of its users and computers. It acts as a barrier between computers and internet users.

The URL class in Java is the gateway to any available internet sources. A Class URL is a Uniform Resource Locator (URL) that points to a "resource" on the World Wide Web.

Within the Java programming language, the Java.net package includes several interfaces that make it simple to access network resources. The following interfaces are included in the java.net package:

The java.net package's CookiePolicy interface provides classes for implementing various networking applications. It determines which cookies are accepted and which are rejected. There are 3 pre-defined policy implementations in CookiePolicy:

The FileNameMap interface is a simple interface that implements a tool for highlighting a file name and a MIME type string. FileNameMap reads a data file and charges a filename map (also known as a mimetable).

The SocketOption interface allows users to control how sockets behave. It is frequently necessary to develop necessary features in Sockets. SocketOption lets the user configure a variety of standard options.

Socket programming is a method of communicating between two nodes on a network. One socket (node) listens on a specific port at an IP address, while the other socket reaches out to form a connection. While the client attempts to contact the server, the server creates the listener socket.

The steps involved in establishing a TCP connection between two computers using socket programming are as follows:

The domain java.net. The Socket class allows us to create socket objects that aid in implementing all basic socket operations. Users can perform various networking tasks such as sending data, reading data, and closing connections. Java.net was used to create each Socket object. One remote host has been specifically associated with the socket class. If a user wishes to connect to another host, he must first create a new socket object.

This method connects a specific host to the socket. This method is only required when the user uses the no-argument function to create the socket.

This method returns the port on the remote machine to which the socket is pinned.

This method returns the other computer's address to which the socket is connected.

This method is used to return the port to the local machine to which the socket is connected.

This method closes the socket, preventing the Socket class object from connecting to any server again.

Java programs are designed to run over a network. This package includes a set of classes for practicing these network applications. These classes are as follows:

Hope this article was able to help you understand Java networking. If you are looking for ways to improve and enhance your software development skills, then we highly recommend you to check Simplilearn’s Post Graduate Program in Full Stack Web Development. This course is developed in collaboration with Caltech CTME and can give you the platform to hone your skills and become job-ready in no time.

If you have any questions, please feel free to post them in the comments section below. Our team will review and get back to you at the earliest.