Lesson 5 of 5By Harsh Bhardwaj 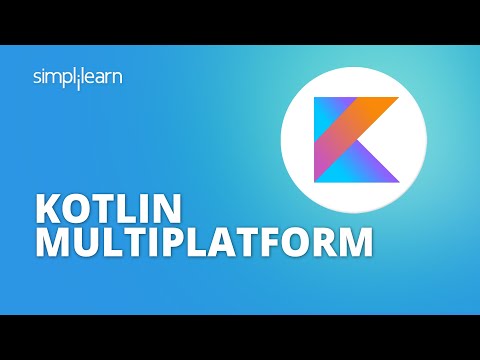 Kotlin Multiplatform is a Software development kit that is quite better than other cross-platform app development options. In this tutorial on Kotlin multiplatform, you will learn all about this kit in detail.

What Is Kotlin Multiplatform?

Kotlin multiplatform is a feature released in 2017 with Kotlin 1.2. This feature allows you to write the same code on multiple platforms directly, it focuses on cross-platform app development. It is based on the idea of the ‘Write Once Run Anywhere’ approach, but it takes the concept of Write Once Run Anywhere to a much higher level, in which you can write the code once and target multiple platforms.

How Does Kotlin Multiplatform Work?

Kotlin for iOS, Android, and other popular operating systems allows you to store the reusable pieces of code for two or more app versions.

So, take Android and iOS for instance. The shared business logic code for Android gets converted to Java bytecode that can be executed in JVM and Android has the virtual machine, so it can easily run it. But in the case of iOS, there is no virtual machine, so the code is converted to the native code that can be executed on iOS.

Each platform-specific version includes various platforms; for example, JVM has Java 8, Java 6, and Android, then the JavaScript includes Browser and Node, and the Native has iOS, Mac, Windows, Linux, etc.

Multiplatform libraries help develop shared parts of the project in one area by providing APIs for common Kotlin code and later sharing it with all the target platforms.

How Does Multiplatform Differ From Cross Platform?

A multiplatform is a system where a program for different platforms uses both of the codes specific to each platform together with a common code, shared by both the platforms.

A cross-platform application is a system that allows an application to be deployed with the use of the exact same application code.

Do you have any questions regarding this tutorial on Kotlin Multiplatform? If you do, then you can put them in the comments section. We’ll help you solve your queries.