HomeResourcesAI & Machine LearningWhat is Graph Neural Network? | An Introduction to GNN and Its Applications

What is Graph Neural Network? | An Introduction to GNN and Its Applications 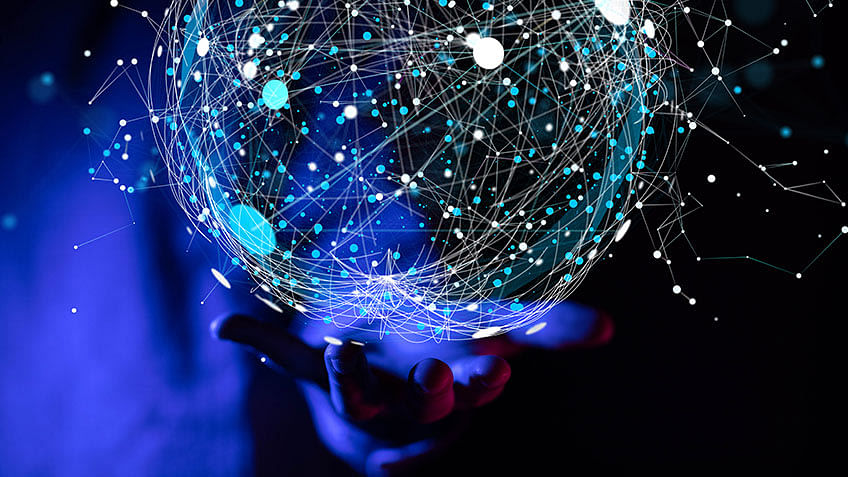 Graph Neural Network (GNN) is a new model that can be used to analyse graphs. Graphs are robust data structures that contain relationships between objects, and GNNs allow you to explore these relationships in new ways. For example, you can use a GNN to identify which people are most likely to recommend a product on social media.

A graph is an abstract representation of a network.

Graphs are used in many fields, including computer science and social science. They are used to model relationships between objects, such as links on the internet, friendships between people on Facebook, or the food chain in an ecosystem.

In data science, you can use graphs to represent connections between objects.

A graph can be defined as G = (V, E), where V is the set of nodes (vertices) and E is the edges between them.

Edges can be either directed or undirected, depending on whether directional dependencies exist between vertices. The vertices are often called nodes.

What Are Graph Neural Networks (GNN)?

Graph Neural Networks (GNNs) are the solution to a problem plaguing computer science for years: how can we make computer vision work on graphs?

Graphs have been a central part of computer science since its inception, but it's only recently that we've had the technology to make sense of them. And in many cases, we still need help with the basics.

CNNs are great at image recognition and classification but need to work on graphs. They don't have the capacity for it.

GNNs come in. They provide an easy way to do node-level, edge-level, and graph-level prediction tasks.

GNNs can do what CNNs failed: give us tools to analyse complicated relationships between objects in a network without creating false connections or missing important information about those relationships.

What Is Graph Convolutional Networks?

Graph convolutional networks (GCNs) are a type of neural network you can use to solve graph-structured data problems.

There are three essential components of a GCN: graph convolution, a linear layer, and a nonlinear activation function.

The operations are usually done in this order. Together, they make up one network layer. We can combine one or more layers to form a complete GCN.

You can implement a GCN using PyTorch as follows:

DeepWalk is a new graph neural network that operates directly on the target graph structure. It uses a randomised path-traversing technique to provide insights into localised structures within networks. It does so by utilising these random paths as sequences that are then used to train a Skip-Gram Language Model.

The Skip-Gram model works by recognising which nodes are most likely to be connected to the input words. These nodes are then used to generate predicted word sequences for those nodes, which you can compare against the actual outputs from the network. This process allows you to create a trained language model that can predict what other words might occur in your input text based solely on its context in the graph structure!

DeepWalk uses this concept to provide insights into localised structures within networks by utilising random paths as sequences and comparing them against the actual output from the network itself.

GraphSAGE is a representation learning technique for dynamic graphs. It uses inductive learning to predict the embedding of a new node without a re-training procedure. It uses aggregator functions to induce new node embeddings based on features and neighbourhoods of the node. Rather than summing and losing track of them, we use a general aggregation function that keeps them separate.

Before we used mean aggregation – we took the message from the neighbours and added them up, then normalised that by the number of neighbours. Now, we can also make a pooling type approach or use deep neural networks like LSTMs.

Graph-structured data is present everywhere. Graphs are a prevalent data structure for storing, analysing, and representing information and finding patterns in data that otherwise might not be discoverable.

GNNs are a powerful new tool in computer vision, and their applications are growing daily.

They can be applied to image classification problems, particularly those where there is still much development needed for machines to have the visual intuition of a human.

Graph Neural Networks (GNNs) are a powerful tool for solving many NLP problems.

GNNs have been used to solve tasks like text classification, exploiting semantics in machine translation, user geolocation and relation extraction. Recently, GNNs have also been applied to question answering.

GNNs in Other Domains

Since their invention in the 1960s, GNNs have been applied to various tasks and domains. They have been used to create models for detecting diseases, predicting social trends and patterns, and predicting outcomes of elections.

The traffic prediction problem is a crucial part of any intelligent transportation system. We can address it using STGNNs: we consider the traffic network as a spatial-temporal graph where the nodes are sensors installed on roads, and the distance between pairs of nodes measures the edges. Each node's average traffic speed within a window a dynamic input features.

Graph nodes and edges represent the structure of a molecule. Nodes are atoms, and edges – are chemical bonds.

You can use graphs to analyse the molecular structure of molecules or compounds.

1. What is Graph neural network used for?

Graph Neural Networks are a type of neural network you can use to process graphs directly. In the past, these networks could only process graphs as a whole.

2. How do you graph a neural network?

GNNs are like regular neural networks but better. They're a class of deep learning methods that allow you to do node-level, edge-level, and graph-level prediction tasks easily.

And the best part? You can use them directly on graphs.

3. What is Graph neural network in machine learning?

4. What are the types of neural graph networks?

The three main types of neural graph networks are:

6. What is the difference between GNN and GCN?

CNNs and GNNs are two types of neural networks. CNNs are specifically designed to operate on structured data, while GNNs are the generalised version of CNNs where the number of nodes can vary, and the nodes are unordered.

Do you wish to accelerate your AL and ML career? Join our Professional Certificate Program in AI and Machine Learning and gain access to 25+ industry relevant projects, career mentorship and more.

Are you looking to learn AI and machine learning?

Then look no further than Simplilearn’s Professional Certificate Program In AI And Machine Learning. The intensive Bootcamp will teach you Deep Learning basics, including Statistics, ML, neural networks, Natural Language Processing and Reinforcement Learning. It’s the perfect course to help you boost your career to greater heights!