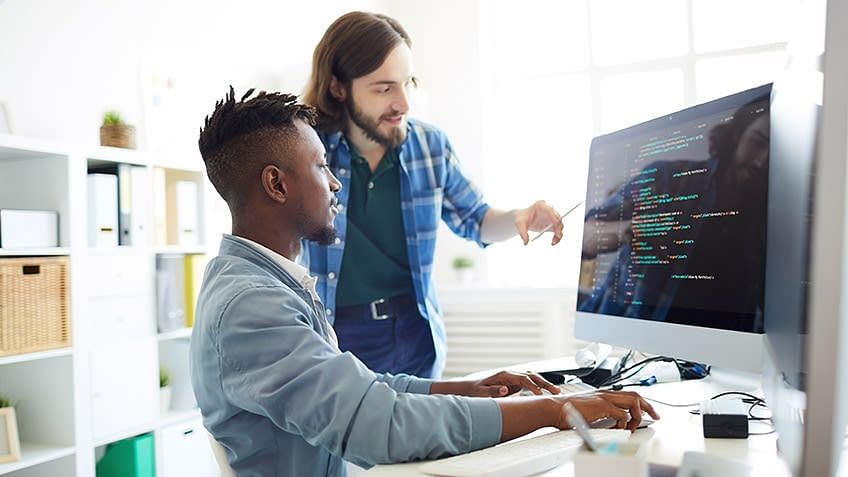 Using a combination of innovative tools and traditional software development practices, DevOps is a way for teams to produce results and improve products at a faster rate. Some DevOps professionals have no prior programming experience and start their journey by diving right into DevOps. Others may have had training in other software programming practices in the past, but are now looking for a way to work more efficiently, and have decided to enter the world of DevOps. In fact, according to The Statistics Portal, the number of companies fully using DevOps in 2018 has increased by seven percent since 2017. It has also become one of the most high-paying jobs in IT in the U.S., and the demand continues to grow.

As a new DevOps professional, it’s expected that mistakes will be made; it’s just part of the learning process. But because programming mistakes can result in delays, project hiccups, and further issues, it can be helpful to know about some of those mistakes ahead of time.

Here are the 5 common mistakes that beginner DevOps professionals tend to make include:

When it comes to writing functions, simplicity is the key. DevOps professionals just starting out may not exactly tackle this task with a less-is-more approach, which in turn, can make things more complicated. Avoid the temptation to write lengthy, bigger functions and instead, break large functions into smaller ones that are easier to digest. Not only is this easier on the eyes, but if you need to debug the entire code at some point, the smaller and readable functions will make it much easier to do so.

If you or your company is transitioning to DevOps from an existing development platform, there are a lot of steps involved, which can take a long time to complete. This could mean transitioning from manual development to automation, and although this is meant to make the development process more efficient overall, automating the wrong processes when you’re just starting off can actually make things more difficult. Alas, this is a common mistake that beginner developers tend to make. As such, be sure to consider different aspects of the automation process when prioritizing the order, such as process duration, process completion frequency, and so on.

Some novice DevOps professionals will make errors in the debugging process itself—for example, by not properly using a debugging tool or Integrated Development Environment (IDE). In other situations, a beginner may fail to realize the importance of debugging altogether and may skip the process completely, which can lead to a world of problems.

As a DevOps professional, the terms “continuous delivery” and “continuous deployment” are two that you’ll be very familiar with soon—if you’re not already. The issue is that because they sound so similar, it’s easy for a beginner to mistake one for the other, but they are two very different things. Continuous delivery describes software that can be deployed to production at any time, while continuous deployment refers to software that is deployed to production without physical decisions being made regarding deployment.

Become familiar with the definitions and the differences between these two terms, and be cautious that you don’t accidentally get them mixed up.

Failing to Save as You Go

It’s a lesson you may have learned from your very first typing class, but failure to follow this rule in DevOps carries significant consequences. Computers and programs can crash at any time, and without having your work backed up, you could lose everything. So many new programmers forget to save their work as they go because crashing is something that rarely (perhaps never) happens to them. However, it can happen—and it does. When you’re talking about a significant amount of work, you don’t want to take any chances. This not only includes backing it up on your own computer but backing it up on a cloud-based program.

Watch our tutorial for DevOps beginners for a better idea of what you can expect from Simplilearn:

Whether you’ve just started your new career as a DevOps professional, you’re looking to break into a new industry, or maybe your company has recently decided to make the transition, DevOps Course can make the learning curve much more approachable. Simplilearn’s training includes live demos of the different tools available, simulation exams, practical assignments, and hands-on projects so that even those with no prior experience in a DevOps environment can come away from the training with a real understanding of how to put skills to practice.

Benefits of Cloud Computing and Preparing Your IT Team for Cloud