Understand all about ASP.NET MVC

Lesson 15 of 16By Simplilearn 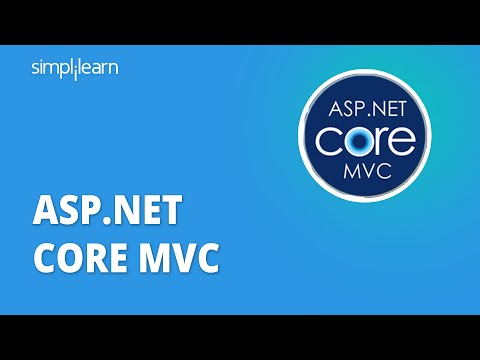 ASP.NET MVC is a web application framework that helps developers build web applications using well-established programming architecture and software engineering practices. It also gives you a highly testable presentation layer because it decouples the view from the controller and makes both easy to review and test at run time.

ASP.NET MVC provides many benefits, both perceived and real such as:

The ASP.NET MVC is the latest framework of three frameworks released by Microsoft for building web applications with .NET technology. The earlier two were ASP.NET Web Forms and ASP.NET AJAX which are now obsolete.

Here are some of the salient features of ASP.NET MVC:

An ASP.NET MVC application has a standard folder structure that includes routes, controllers, models, views, and a global.asax file.

ASP.NET MVC is a robust framework that provides several features to develop feature-rich dynamic web applications. For example, it has better code organization in terms of controllers, views, and models, reflecting the well-structured architecture of an application in general. This makes it easier to understand, maintain and test.

In addition, the view files can be customized using XML, and its steep learning curve can be reduced by taking help from online resources or getting a book on MVC. Learning ASP.NET MVC online will also help you skill up; you can join a Simplilearn's Post Graduate Program in Full Stack Web Development, to learn any coding skills or explore our skillup courses for free.