Lesson 8 of 18By Avijeet Biswal 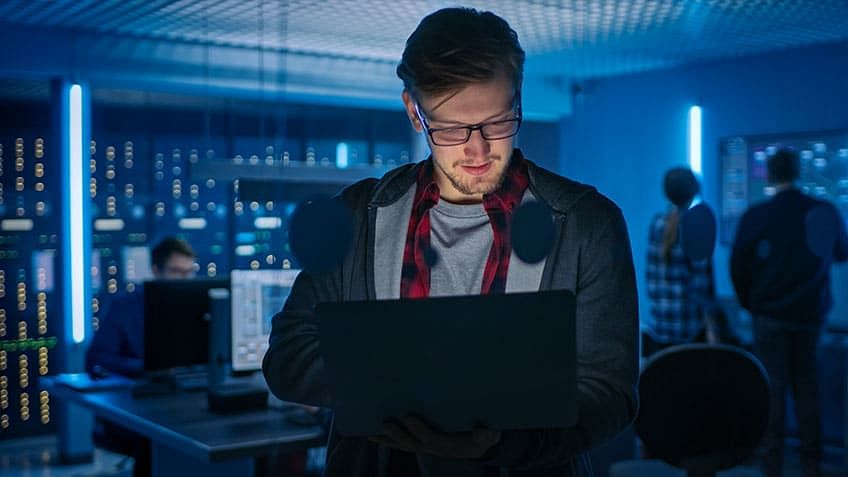 Deep Learning is a part of machine learning that deals with algorithms inspired by the structure and function of the human brain. It uses artificial neural networks to build intelligent models and solve complex problems. We mostly use deep learning with unstructured data.

Let’s now look understand the basics of neural networks in this Deep Learning with Python article.

A neural network is a machine modeled on the human brain. Each layer consists of nodes. The connections between the nodes depict the flow of information from one layer to the next. The neurons are connected with the help of weights. It then feeds the inputs to a neuron. After this, it processes the data and gives an output.

The following is an example of a basic neural network.

Depicted below is an example of a neural network that takes the pixels of an image, processes it using the hidden layers, and classifies the shape of the image. Here, it is a triangle.

The following operations are performed within each neuron,

There are a number of activation functions available in a neural network.

The sigmoid function is used for models where we have to predict the probability as an output. It exists between 0 and 1.

It is a threshold-based activation function. It makes the function active and fired if the value of x is greater than a certain value, else not.

It is the most widely used activation function and gives an output of X if X is positive and 0 otherwise.

This function is similar to the Sigmoid function and is bound to the range (-1, 1).

The Cost function returns the difference between the neural network’s predicted output and the actual output from a set of labeled training data. The least-cost value can be obtained by making adjustments to the weights and biases iteratively throughout the training process.

The formula for cost function is:

Where Y hat is the predicted value and Y is the actual output.

How Do Neural Networks work?

Let’s go ahead and build a neural network to predict bike prices based on a few of its features.

Gradient Descent is an approach to minimize the cost function. The gradient is a numeric calculation that allows us to adjust the parameters of a neural network in order to minimize the output deviation. The cost function is plotted against the predicted value, and the goal is to find the particular value of weight for which the loss is minimum.

Several popular and widely used deep learning frameworks help to build neural network models. Some of the common ones are Tensorflow, Keras, Pytorch, and DL4J.

In our hands-on demo, we have used the TensorFlow library to create the model.

Developed by Google, TensorFlow is an open-source library used to define and run computations on tensors. Tensors are just another name for multi-dimensional arrays.

It can run on either CPU or GPU. It can create data flow graphs that have nodes and edges. TensorFlow is popularly used for Machine Learning applications such as Neural Networks.

Now, let’s move on to the final section of our article on Deep Learning with Python, i.e., to build a model that can predict handwritten digits using the MNIST database.

As is evident above, our model has an accuracy of 91%, which is decent.

Master deep learning concepts and the TensorFlow open-source framework with the PGP in AI and Machine Learning. Get certified today!

After completing this article, you would have learned Deep Learning basics and understood how neural networks work. You looked at the different techniques in Deep Learning and implemented a demo to classify handwritten digits using the MNIST database.

If you have any questions related to this article on Deep Learning with Python, please place them in the comments section of this article. Our experts will resolve your queries at the earliest!