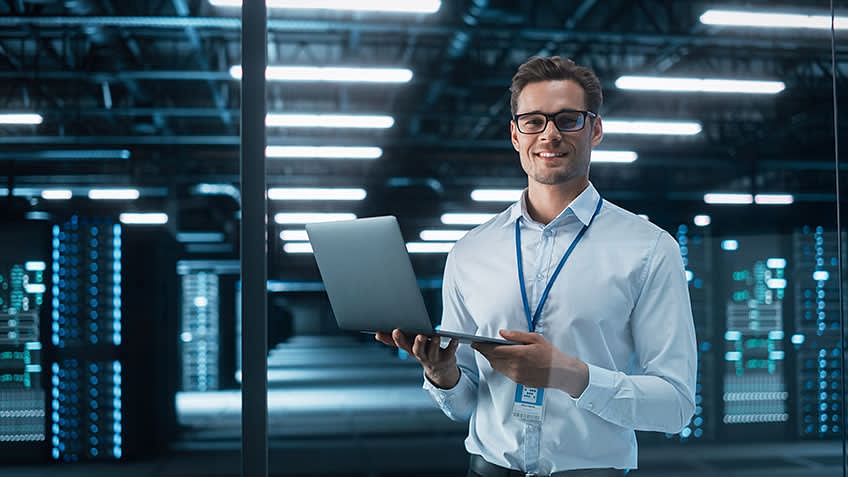 You'll learn what they are, how they work, and where you can use them. You'll also learn how to code your Deep Belief Network.

What Is a Deep Belief Network?

Deep belief networks (DBNs) are a type of deep learning algorithm that addresses the problems associated with classic neural networks. They do this by using layers of stochastic latent variables, which make up the network. These binary latent variables, or feature detectors and hidden units, are binary variables, and they are known as stochastic because they can take on any value within a specific range with some probability.

The top two layers in DBNs have no direction, but the layers above them have directed links to lower layers. DBNs differ from traditional neural networks because they can be generative and discriminative models. For example, you can only train a conventional neural network to classify images.

DBNs also differ from other deep learning algorithms like restricted Boltzmann machines (RBMs) or autoencoders because they don't work with raw inputs like RBMs. Instead, they rely on an input layer with one neuron per input vector and then proceed through many layers until reaching a final layer where outputs are generated using probabilities derived from previous layers' activations!

Perceptrons, the first generation of neural networks, are incredibly powerful. You can use them to identify an object in an image or tell you how much you like a particular food based on your reaction. But they're limited. They typically only consider one piece of information at a time and can't believe the context of what's happening around them.

To address these problems, we need to get creative! And that's where second-generation neural networks come in. Backpropagation is a method that compares the received output with the desired outcome and reduces the error value until it reaches zero, which means that each perceptron will eventually get its optimal state.

The next step is directed acyclic graphs (DAGs), also known as belief networks, which aid in solving inference and learning problems. Giving us more power over our data than ever before!

Finally, we can use deep belief networks (DBNs) to help construct fair values that we can store in leaf nodes, meaning that no matter what happens along the way, we'll always have an accurate answer right at our fingertips!

The Architecture of DBN

In the DBN, we have a hierarchy of layers. The top two layers are the associative memory, and the bottom layer is the visible units. The arrows pointing towards the layer closest to the data point to relationships between all lower layers.

The lowest layer of visible units receives input data as binary or actual data. Like RBM, there are no intralayer connections in DBN. The hidden units represent features that encapsulate the data’s correlations.

A matrix of proportional weights W connects two layers. We’ll link every unit in each layer to every other unit in the layer above it.

How Does DBN work?

Getting from pixels to property layers is not a straightforward process.

First, we train a property layer that can directly gain pixel input signals. Then we learn the features of the preliminarily attained features by treating the values of this subcaste as pixels. The lower bound on the log-liability of the training data set improves every time a fresh subcaste of parcels or features that we add to the network.

The deep belief network's operational pipeline is as follows:

We use the fully unsupervised form of DBNs to initialize Deep Neural Networks, whereas we use the classification form of DBNs as classifiers on their own.

It's pretty simple: each record type contains the RBMs that make up the network’s layers, as well as a vector indicating layer size and- in the case of classification DBNs- number of classes in representative data set.

RBMs are the building blocks of deep learning models and are also why they're so easy to train.

RBM training is shorter than DBN training because RBMs are unsupervised. You don't need to feed them labeled data. You train them using your data and let them figure out what's happening.

The RBM is a deep learning model used to implement unsupervised learning, while the DBN model is a type of neural network. The RBM has fewer parameters than the DBN and can be trained faster, but it also can’t handle missing values. The DBN can be prepared with missing data, but its training is more complex and requires more time.

Deep belief networks (DBNs), which were popular in the early days of deep learning, are less widely used than other algorithms for unsupervised and generative learning. However, they are still crucial to the history of deep learning.

2. What is the difference between deep belief and deep neural networks?

Deep belief networks differ from deep neural networks in that they make connections between layers that are undirected (not pre-determined), thus varying in topology by definition.

3. What type of algorithms are DBNs?

Greedy learning algorithms are used to train deep belief networks. In the greedy approach, the algorithm adds units in top-down layers and learns generative weights that minimize the error on training examples. Gibbs sampling is used to understand the top two hidden layers.

4. Is the deep belief network supervised or unsupervised?

5. Who invented the deep belief network?

Deep-Learning networks like the Deep Belief Network (DBN), which Geoffrey Hinton created in 2006, are composed of stacked layers of Restricted Boltzmann Machines (RBMs).

6. What is a deep belief network used for?

Deep Belief Networks (DBNs) have been used to address the problems associated with classic neural networks, such as slow learning, becoming stuck in local minima owing to poor parameter selection, and requiring many training datasets.

Do you wish to accelerate your AL and ML career? Join our Professional Certificate Program in AI and Machine Learning and gain access to 25+ industry relevant projects, career mentorship and more.

Deep Belief Networks are constructed from layers of Restricted Boltzmann machines, and it is necessary to train each RBM layer before training them together. The greedy algorithm teaches one RBM at a time until all RBMs are trained.

If you want to learn AI and machine learning, you can check out Simplilearn’s Professional Certificate Program In AI And Machine Learning. In this intense Bootcamp, you will learn Deep Learning basics including Statistics, ML, neural networks, Natural Language Processing and Reinforcement Learning. It is the perfect course to help you boost your career to greater heights!