Why E-Learning: Insights into the World of Online Learning and Development

Reskilling the Government Workforce for the Digital Age 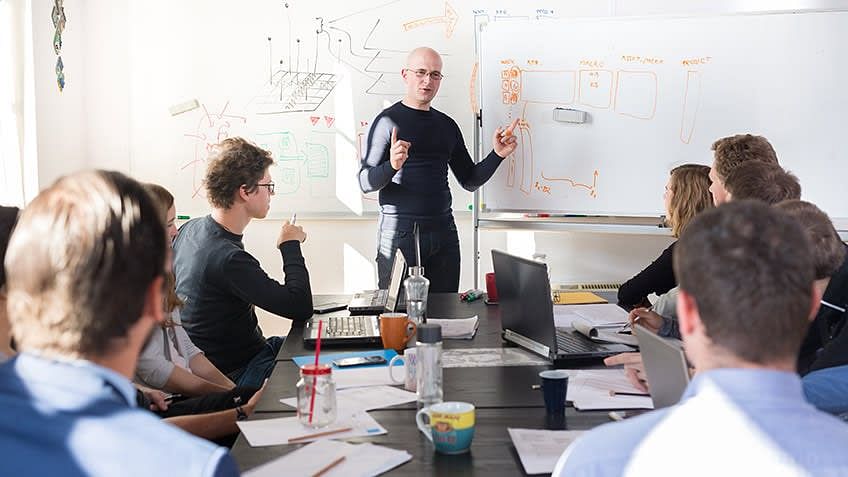 Although we often think of it as a different category, the government workforce is a lot similar to the corporate workforce when it comes to the need for employees to keep themselves updated and upskilled. The stark reality that skill sets are not keeping pace with technological change has made the federal government and the rest of the U.S. population realize the dangers of their shortcomings. As a result, the White House has announced plans to get its employees reskilled.

Due to rapid changes in technology, the inability of the older generation of employees in coping and keeping up with these changes is primarily the reason for this overall lack of relevant skill sets.  Over half the workforce is above the age of 50 years, which indicates that they had entered the civil service nearly three decades ago, at a time when neither did iPhones and Google exist, nor was  Big Data, cloud computing, Artificial Intelligence (AI), cybersecurity, etc. critical to running any kind of organization. If those employees have not been reskilled along the way to keep up with the digital transformation of our world and the technologies we rely on today, the federal government simply be can’t be functioning optimally.

A Mandate to Reskill the Workforce

Today that needs is stronger than ever, but not primarily for budget reasons, rather for reasons driven by the digital age that has led to more jobs than people qualified to do those jobs. As a result, just like employers at for-profit companies, the government faces a shortage of workers with certain high-tech skill sets. In 2016, the White House claimed that the federal government needed an additional 10,000 IT and cybersecurity professionals, and the government has recently said it has a shortage of workers in the areas of data analysis, cybersecurity, and other IT disciplines.

Although no detailed plans have yet been announced, the administration says it will invest in reskilling the federal workforce to meet current needs, and the goal is broader than simply reskilling. The Office of Personnel Management, Office of Management and Budget, and Defense Department are supposed to lead the way to “improve employees performance management and engagement, re-skill and re-deploy human capital resources and develop a simple and strategic hiring plan.” Reskilling and federal employee training play a large part in the plan.

The Reskilling Needed by Those in the Federal Workforce

According to the Society for Human Resource Management and the American Statistical Association, 59 percent of organizations plan to have more positions requiring data analysis skills in the next five years. With all of the data collected and managed by the federal government, data analytics and visualization will only become more critical. Apart from this, there are many areas in which reskilling and upskilling are required to keep pace with the jobs of the digital age, like Business Analyst, Artificial Intelligence (AI) and Machine Learning, Big Data, DevOps, Cyber Security, Cloud Computing skills like Amazon Web Services (AWS) and Azure, etc. The government plans to develop a reskilling plan for those federal employees who will be the most impacted by automation. It’s estimated that about 5 percent of jobs could be automated completely while another 60 percent of jobs could be automated by 30 percent or more.

Reskilling Could Help with Recruiting

According to the most recent results of the Federal Employee Viewpoint Survey, a large majority of government agencies were less satisfied with their ability to hire people with the right skills in 2017 compared to the previous year. If agencies can offer government training programs that will enable employees to not only learn new skills but also continuously learn to stay current, it might help with recruiting and retaining because 87 percent of Millennials and 69 percent of non-Millennials say career growth and development opportunities are important to them in a job, and 59 percent of Millennials will make that part of their job criteria when deciding whether or not to accept a position.

To assist those in pursuit of reskilling resources, Simplilearn offers just the kind of training. As a General Services Administration (GSA) IT 70 Schedule Contractor, Simplilearn lets federal government agencies and workforces to purchase government courses for workforce training at significant discounts. The training available includes hundreds of courses in the digital disciplines the federal government needs most, including data analytics, cybersecurity, and other IT roles. The training can be purchased on the Simplilearn website or on GSA Advantage.

Simplilearn courses are a blend of videos, online live classes, and hands-on projects to maximize learning. Either agencies and individuals can choose between online self-paced courses or instructor-led live virtual classroom training. The former lets people learn at the time and place most convenient to them, while the latter offers a live classroom environment joined remotely and led by a domain expert. This model of training can be really cost-effective and convenient in training agency workforce spread over different sites.

Reskilling the federal workforce is a necessity, first by making sure government workers get trained then stay up-to-date on ever-developing technologies and best practices. And it’s only by reskilling employees that the civil service can be an efficient and cost-effective operation that the voting public wants to have. With this new push from the White House and vendors like Simplilearn to help, the reskilling can and will happen.