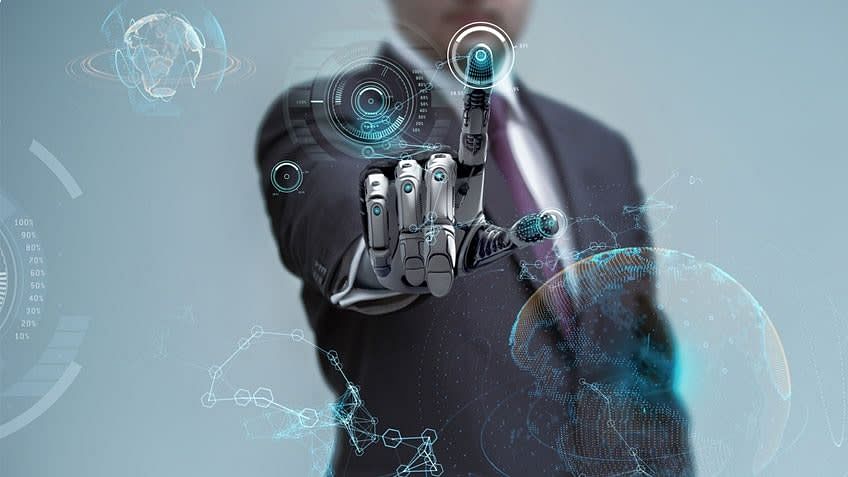 Technologies in the field of data science are progressing at an exponential rate. The introduction of Machine Learning has revolutionized the world of data science by enabling computers to classify and comprehend large data sets. Another important innovation which has changed the paradigm of the world of the technology is Artificial Intelligence (AI). The two technological concepts, Machine Learning and Artificial Intelligence, are often used as interchangeable terms. However, it is important to understand that these technologies supplement each other and are different in terms of their core functions.

Technology enthusiasts and social scientists often predict that human beings in the workforce will soon be replaced by self-learning robots. It is yet to be seen whether there is any truth to these predictions, but for 2017, the following trends have been prominent in the development of Machine Learning.

In 2016, we saw many noteworthy developments in the domain of Machine Learning, and numerous artificial intelligence applications found a way to our phone screens and caught our attention. In the previous year, companies merely touched the tip of the iceberg and in 2017, big names such as Amazon, Google, Facebook, and IBM are already fighting a development war. Google and Amazon launched successful apps, which include Amazon Echo and Google Home, at the beginning of the year, and we have yet to see what else these tech giants have in stores for their customers.

Algorithm Economy will be on the rise

Businesses greatly value data and utilize it to take the appropriate actions, whether it’s to understand the consumer demand or comprehend a company’s financial standing. However, it is not the data alone they should value, because, without an appropriate algorithm, that data is worth nothing. Peter Sondergaard, Senior Vice President of Gartner Research, says, “Data is inherently dumb and the real value lies in the algorithms which deduce meaningful results from a cluster of meaningless data."

The Algorithm Economy has taken center stage for the past couple of years, and the trend is expected to follow as we anticipate further developments in machine learning tools. The use of the algorithm economy will distinguish small players from the market dominators in 2017. Small businesses that have just entered the transitional phase of embedding machine learning processes into their business models will be using canned algorithms in tools such as BI, CRM, and predictive analysis. On the contrary, large enterprises will use proprietary ML algorithms.

Google Home and Amazon Echo received an exceedingly positive response from their respective audiences, which made it evident that consumers perceive human-machine interaction positively. Innovative technologies embedded with machine learning processes prove to be helpful under various circumstances (for example, helping people with vision impairments to navigate). But will they completely replace human-human interaction? Maybe 25 years down the road, but we don’t see that happening anytime soon. Machine learning has made it increasingly possible for machines to learn new skills, such as to sort, analyze and comprehend. But nevertheless, there are certain limitations to it. Automated cars have frequently been tested, and even with modified algorithms and advanced technologies, the chance of an error is still present.

Machine Learning and Artificial Intelligence are promising fields with much potential for growth. We have seen some recent developments in the sector which, not long ago, people believed were not possible. Therefore, we cannot give a definite verdict regarding the industry’s potential for growth. For now, intelligent machines are only capable of handling repetitive tasks and can follow predetermined patterns. They lack the skill to figure things out which are unordinary, and we still require human intervention for keeping the chaos at bay in such situations.