HomeResourcesSoftware DevelopmentGuide on How to Add a New Line in JavaScript

How to Install Angular and Node.js on Windows

What Is Render in React JS?

Guide on How to Add a New Line in JavaScript 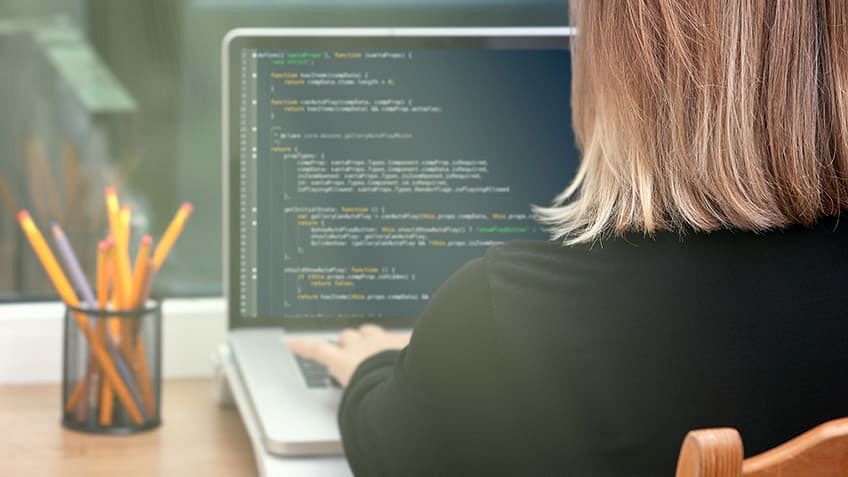 The Java programming language is object-oriented and provides applications for several platforms. The compiled code of the JavaScript new line is written on most OS (Bytecode) platforms, including Windows, Linux, and Mac OS, when a programmer develops a Java application. Java inherits a large part of its programming C and C++ syntax.

In the mid-1990s, Java was created in collaboration with Mike Sheridan and Patrick Naughton by James A. Gosling, a former computer scientist of Sun Microsystems.

Adding a New Line in Javascript

Depending on the result to be achieved, there are two approaches to add a new line to JavaScript. This lesson shows how both the JavaScript console and the DOM may be added to the new line.

A New Console Output Line Will Be Added

If you wish to add a new line to the  JavaScript new line console while printing a few words, the \n sign for the new line can be used.

JavaScript new line string manipulation is one of the things that is easy to learn, but difficult to master. Once you believe you've got a grip on it, a context change can shock what you have learned up to that point.

If you experienced difficulty adding a new line to a string, read on.

How Can I Add a New String Line?

The newline character is \n in JavaScript and many other languages. All you need to do is add \n character whenever you require a line break to add a new line to a string.

You must alter the DOM and add the <br> HTML element to display the text below, when you have to produce the new line for a webpage.

Line breaks differ between platforms in strings, although the most frequent ones are:

This  JavaScript new line task is accomplished using two methods. One method is to visit every character one by one using the conventional programming circuit. Another one uses regular phrases.

The stitching method: This is the basic technique to solve this problem. Check each string character and slice it so as to remove the characters from the newline and return carriage.

The line end (EOL), line break, line feed, line break or carriage return character is a control character, which is the end of a text line, and the following character should start in a different line. It's \r\n on the Windows system, and it's Linux on \n.

We may use System.lineSeparator() in Java to obtain a new line character depending on the platform.

The ASCII codes 13 (CR) and 10 (LF) respectively are represented as \r and \n. They are two lines apart, but operating systems use them differently. They are both different.

A two character sequence is used for starting a new line on Windows, followed immediately by an LF, CR. On the other hand, only LF is used on Unix-like platforms.

We need to be aware of the line break characters we use while creating Java programs, since the applications will be compatible with the operating system.

System.lineSeparator is the safest and most compatible choice (). In this approach, we do not need to consider the operating system.

// Should be used in Linux OS

// Should be used in Windows

You must understand that java is a complex language and it works according to concepts and quotes. This article covers the concept of adding a new line in JavaScript. Now that you have understood how you can add a new line to your program, you might feel comfortable in making complex codes. In case you need further guidance,  the Full Stack Development course can aid you in understanding and grasping the concepts. You can also  enhance your expertise with the skill up courses offered by Simplilearn to enjoy a bright career ahead.