HomeResourcesSoftware DevelopmentThe Complete Guide To Understand The Difference Between Kotlin Vs. Python

The Complete Guide To Understand The Difference Between Kotlin Vs. Python 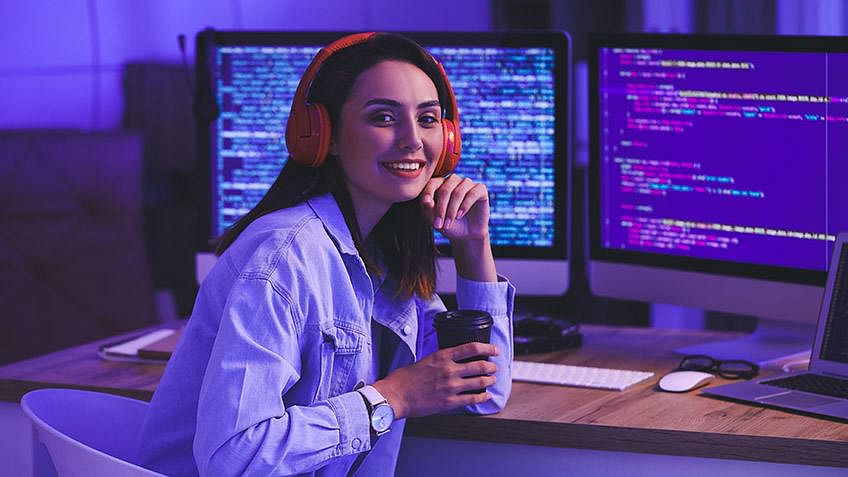 Not able to decide which one to pursue between Kotlin and Python? This tutorial will give you the exact answers to your doubts. Kotiln and Python, though both are highly used programming languages that support cross-platform, have a lot of differences. In this tutorial on Kotlin vs. Python, you will learn about these languages and understand some reasons to choose them.

Kotlin is a statically typed programming language developed by Jet Brains, released in February 2016. It is an open-source language which means no license is required to use it. It is fully interoperable (can be used or operated together) with Java, and its popularity is increased tremendously since its launch. Google also announced Kotlin as a first-class language for writing Android applications.

Now go ahead and understand What Python is.

Python is a general-purpose, high-level, object-oriented programming language. It is a very popular and widely used programming language developed in Feb 1991 by Guido Van Rossum. It is easy to learn the language and is used in many domains like artificial intelligence, machine learning, web development, software development, etc. It is a very popular language and is ranked 1st in the TIOBE index.

So as you got an insight into both languages, go ahead and understand some of the reasons to choose the Kotlin language.

Following are the reasons to choose Kotlin language:

In Kotlin language, the chances of errors are very less because in Kotlin, you can write the code in a very concise manner, and because of that, the chances of occurrence of an error are very less. Also, it has the support of Non-Nullable types, which avoid the null pointer exceptions.

The Kotlin language is designed to be fully interoperable with Java which includes calling the existing Java code. A converter also converts the Java to Kotlin built into the IDE. Kotlin runs on JVM (Java virtual machine), which means the existing Java libraries can also be used in Kotlin.

The Kotlin language is multiplatform which means not only can you create android applications, but also you can write Gradle files in Kotlin and support Javascript as well. Multiplatform means that you can write your code once, and that can be used in multiple platforms like Javascript, Native platforms, etc.

Following are the reasons to choose Python language:

Python has a huge set of open source libraries; these libraries contain pre-written code that can be accessed by including them within the code and make the development very easy. Some of the machine learning libraries of Python are Tenser flow, Keras, SciPy and for Web development, there are frameworks such as Django, Flask, CherryPy, TurboGears, Pyramid, etc.

Python is a very versatile language; it is widely used in numerous projects. Python is very popular for machine learning, artificial intelligence, data analysis, web development, and many more. Versatility is a crucial factor for choosing languages, and Python languages are used to make commercial, individual, and industrial uses. Python has some automation tools, Arduino and Raspberry pie, that improve data analysis performance and make it much more versatile.

Beginners often choose Python because it is considered an easy and friendly syntax. The syntax of Python is English-like, highly readable, and is not very strict like other languages. It helps you write less code and do more, and that is why it is very popular among all kinds of developers.

Python language is the best choice for data science. Python being the obvious choice has a large community of data scientists, machine learning experts, and programmers who are out there to make Python easy to learn and provide datasets to test the skillset in Python. The Python libraries like TensorFlow, Pandas, Seaborn, etc., are one of the main reasons it is well suited for data science.

In this tutorial on Kotlin vs. Python, you learned many things, including what is Kotlin and Python. You also looked at some reasons to choose Kotlin, for example- its multi-platform, its Interoperability, Kotlin for Android, etc., and some reasons to choose Python-like its Libraries and Frameworks, Versatile nature, Python for Data science, etc.

Do you have any questions regarding this tutorial on Kotlin vs. Python? If you do, then put them in the comments section. We’ll help you solve your queries.

Python vs Javascript: Difference Between Python and Javascript