What is Hive?: Introduction To Hive in Hadoop 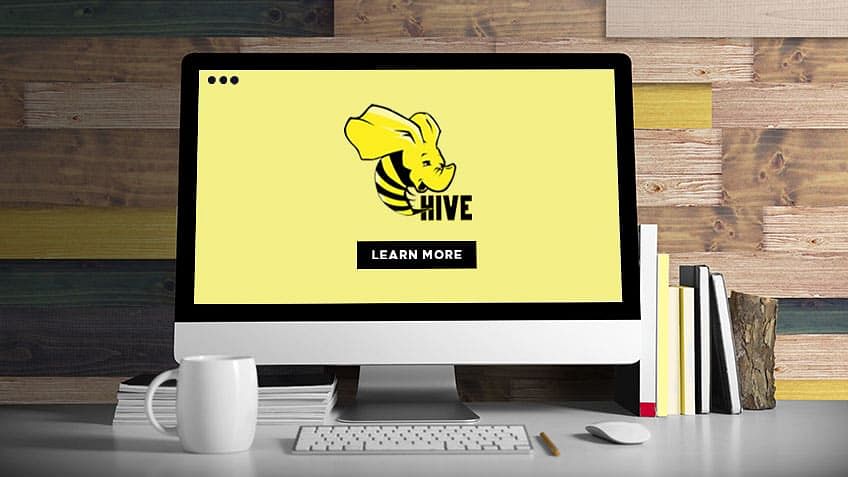 Hadoop is one of the most popular software frameworks designed to process and store Big Data information. Hive, in turn, is a tool designed for use with Hadoop. This article details the role of Hive in big data, as well as details such as Hive architecture and optimization techniques.

Let’s start by understanding what Hive is in Hadoop.

What is Hive in Hadoop?

No one can better explain what Hive in Hadoop is than the creators of Hive themselves: "The Apache Hive™ data warehouse software facilitates reading, writing, and managing large datasets residing in distributed storage using SQL. The structure can be projected onto data already in storage."

In other words, Hive is an open-source system that processes structured data in Hadoop, residing on top of the latter for summarizing Big Data, as well as facilitating analysis and queries.

Now that we have investigated what is Hive in Hadoop, let’s look at the features and characteristics.

Get In-Demand Skills to Launch Your Data Career

These are Hive's chief characteristics:

Of course, no resource is perfect, and Hive has some limitations. They are:

How Data Flows in the Hive?

Since we have gone on at length about what Hive is, we should also touch on what Hive is not:

As we have looked into what is Hive, let us learn about the Hive modes.

Depending on the size of Hadoop data nodes, Hive can operate in two different modes:

Use Map Reduce mode when:

Hive and Hadoop on AWS

Amazon Elastic Map Reduce (EMR) is a managed service that lets you use big data processing frameworks such as Spark, Presto, Hbase, and, yes, Hadoop to analyze and process large data sets. Hive, in turn, runs on top of Hadoop clusters, and can be used to query data residing in Amazon EMR clusters, employing an SQL language.

Data analysts can query Hive transactional (ACID) tables straight from Db2 Big SQL, although Db2 Big SQL can only see compacted data in the transactional table. Data modification statement results won’t be seen by any queries generated in Db2 Big SQL until you perform a compaction operation, which places data in a base directory.

Relational databases, or RDBMS, is a database that stores data in a structured format with rows and columns, a structured form called “tables.” Hive, on the other hand, is a data warehousing system that offers data analysis and queries.

Here’s a handy chart that illustrates the differences at a glance:

In order to continue our understanding of what Hive is, let us next look at the difference between Pig and Hive.

Both Hive and Pig are sub-projects, or tools used to manage data in Hadoop. While Hive is a platform that used to create SQL-type scripts for MapReduce functions, Pig is a procedural language platform that accomplishes the same thing. Here's how their differences break down:

So, if you're a data analyst accustomed to working with SQL and want to perform analytical queries of historical data, then Hive is your best bet. But if you're a programmer and are very familiar with scripting languages and you don't want to be bothered by creating the schema, then use Pig.

In order to strengthen our understanding of what is Hive, let us next look at the difference between Hive and Hbase.

Data analysts who want to optimize their Hive queries and make them run faster in their clusters should consider the following hacks:

Learn More About Hive and Hadoop

There is a lot to learn in the world of big data and this article on what is Hive has covered some of it. Simplilearn has many excellent resources to expand your knowledge in these fields. For instance, this article often referenced Hadoop, which may prompt you to ask, "But what is Hadoop?" You can also learn more through the Hadoop tutorial and Hive tutorial. If you want a more in-depth look at Hadoop, check out this article on Hadoop architecture.

Finally, if you're applying for a position working with Hive, you can be better prepared by brushing up on these Hive interview questions.

After going through this article on "what is Hive", you can check out this video to extend your learning on Hive -

Do You Want a Career as a Big Data Expert?

Speaking of interviews, big data offers many exciting positions that need qualified, skilled professionals. To that end, many companies look for candidates who have certification in the appropriate field. Simplilearn's Big Data Hadoop Certification Training Course is designed to give you an in-depth knowledge of the Big Data framework using Hadoop and Spark. It prepares you for Cloudera's CCA175 Hadoop Certification Exam.

Whether you choose self-paced learning, the Blended Learning program, or a corporate training solution, the course offers a wealth of benefits. You get 48 hours of instructor-led training, 10 hours of self-paced video training, four real-life industry projects using Hadoop, Hive and Big data stack, and training on Yarn, MapReduce, Pig, Hive, HBase, and Apache Spark. But the benefits don't end there, as you will also enjoy lifetime access to self-paced learning.

According to Allied Market Research, the global Hadoop market is expected to hit $842.25 Billion by 2030, and there is a shortage of data scientists.

The course is ideal for anyone who wants a new career in a rewarding and demanding field, as well as data analyst professionals who wish to upskill. Check out Simplilearn today and start reaping big benefits from big data!