A Holistic Look At Bernoulli Distribution 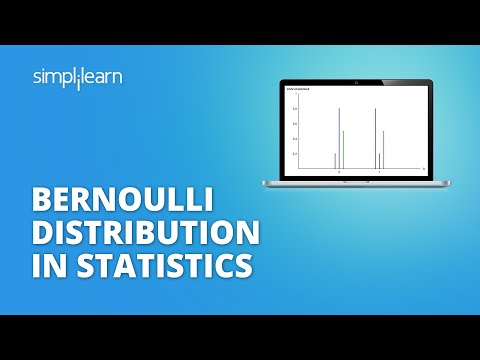 A probability distribution is a summary of probabilities for the values of a random variable. It is characterized by a probability density function or probability mass function for continuous or discrete variables.

What Is Bernoulli Distribution?

Bernoulli distribution is a discrete distribution in which the random variable has only two possible outcomes and a single trial known as a Bernoulli trial.

The experiment's outcome can have only two values i.e, 0 or 1.

Here x is the discrete random variable that can take only one value.

Although the coin-toss example is simple, there are many situations in life that have a yes-no outcome. Consider the following scenario:

There are certain prerequisite conditions associated with Bernoulli distribution:

If these conditions are met, it can be considered a Bernoulli trial.

In real-life situations, it's necessary to keep track of whether a specific event occurs. The outcome of such events is recorded as a success or failure. Some places where Bernoulli distribution can be used are:

Looking forward to a career in Data Analytics? Check out the Data Analyst Course and get certified today.

In this tutorial, you covered Bernoulli distribution. It is a discrete probability distribution that determines the success or failure of a Bernoulli trial.

If you are interested in learning more about probability distributions and related statistical concepts, you should look for Simplilearn's Data Analytics Certification Program. It is one of the most detailed online programs out there for this.

If you have any questions for us, please mention them in our comments section and we will get back to you.