All About The Empirical Rule In Statistics

Lesson 14 of 24By Kartik Menon 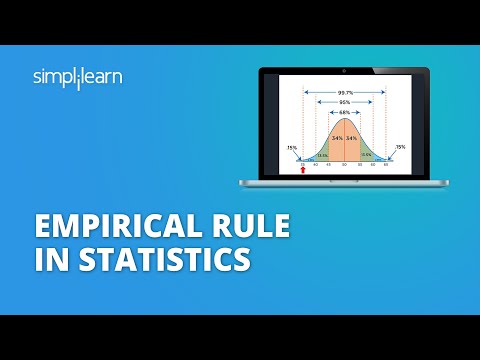 What Is an Empirical Rule in Statistics?

The empirical rule, also known as the three-sigma rule or the 68-95-99.7 rule, is a statistical rule that states that almost all observed data for a normal distribution will fall within three standard deviations (denoted by σ) of the mean or average (denoted by µ).

When you reasonably expect your data to approximate a normal distribution, the mean and standard deviation become even more valuable, thanks to the empirical rule. You can calculate probabilities and percentages for various outcomes simply by knowing these two statistics.

The formula for Empirical Rule is:

Suppose the pulse rates of 100 students are bell-shaped with a mean of 75 and a standard deviation of 4.

The Empirical Rule or the 68–95–99.7 can only be applied to a symmetric and unimodal distribution because it is only applicable to Normal Statistical Distributions.

Empirical Rule is a statistical concept that aids in showing the probability of observations and is particularly useful when approximating a large population. It's important to remember that these are only estimates. There is always the possibility of outliers who do not fit into the distribution. As a result, the findings are inaccurate, and you should exercise caution when acting on the forecast.

If you are looking to pursue this further and make a career as a Data Scientist, Simplilearn’s Data Analytics Certification Program in partnership with Purdue University & in collaboration with IBM is the program for you.

If you need any clarification or have any doubts, please mention them in the comments section of this tutorial page. We'll have our experts look into them and respond with answers promptly.