Everything You Need To Know About Poisson Distribution 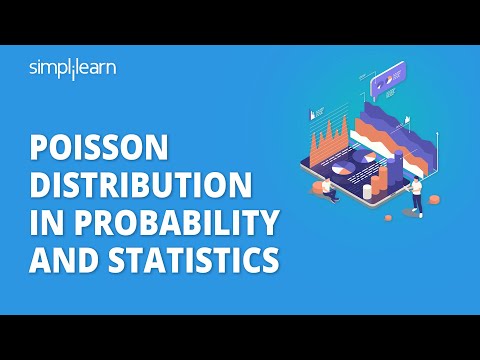 What Is a Poisson Distribution?

A Poisson Distribution can be used to calculate how likely it is that something will happen "X" a number of times. For example, suppose the average number of people who buy burgers from a Mcdonald's on a Sunday night at a single restaurant is 300. In that case, a Poisson distribution can answer questions such as, "what is the probability that more than 500 people will buy burgers?"

The Poisson condition is applicable only when the following conditions are satisfied:

Here are some examples where Poisson distribution can be used on a day-to-day basis:

The Formula for the Poisson Distribution

The formula for the Poisson distribution is:

Step 1: Figure out the important values

Step 2: Plug the values in the formula

Looking forward to a career in Data Analytics? Check out the Data Analyst Course and get certified today.

If you are interested in learning more about probability distributions and related statistical concepts, you should look for Simplilearn's Postgraduate Program in Data Analytics. It is one of the most detailed online programs out there for this.

If you have any questions for us, please mention them in our comments section, and we will get back to you.