Guide to Understand Correlation vs. Regression 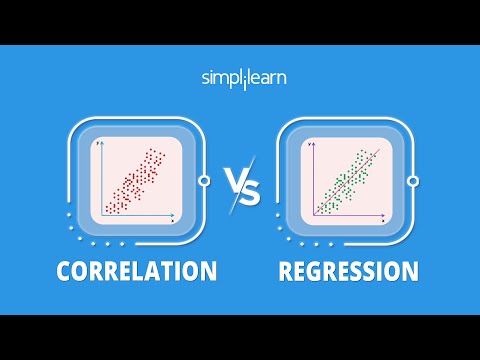 When studying the relationship between two or more variables, it is important to know the difference between correlation and regression. In this Correlation vs. Regression tutorial, you will learn the similarities and differences between these two.

Regression is a parameter used to explain the relationship between two variables. It's more of a dependent feature, in which one variable's actions influence the outcome of the other. To put it another way, regression aids in determining how variables interact.

The regression-based analysis aids in determining the status of a relationship between two variables, say x and y. This makes future projections more relatable by estimating events and structures.

The above graph is taken from the Iris flower dataset.

From the above plot, you can conclude that–

You will now understand the main difference between correlation and regression with the help of this table.

Regression is the most effective method for constructing a robust model, an equation, or predicting a response. The correlation is the best option if you want a quick response over a summary to determine the strength of a relationship.

If you are looking to pursue this further and make a career as a Data Analyst, Simplilearn’s Data Analytics PGP in partnership with Purdue University & in collaboration with IBM is the program for you.

If you have any doubts or questions, please mention them in this tutorial’s comments section, and we'll have our experts answer them for you at the earliest!