What Is Conditional Probability: Formulas, Calculation, Examples and More 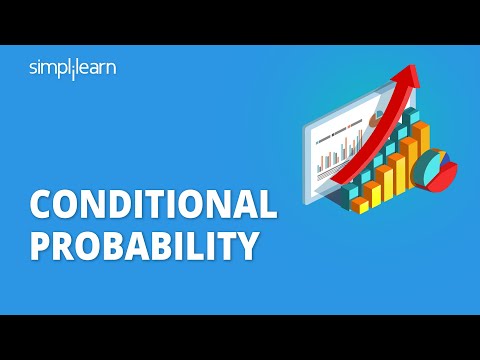 Data science combines statistics and programming. Both are required even to begin learning the fundamentals of Data Science. The good news is that you don't have to be an expert in either of them. You'll need a solid understanding of the fundamentals to get started. In this tutorial, you will explore one of the core concepts of statistics, i.e. conditional probability.

Now, look into some important terms and concepts that are necessary to grasp the concept of conditional probability.

If an experiment, when repeated under identical conditions, does not produce the same outcome every time but the outcome in a trial is one of the several possible outcomes, then such an experiment is called a random experiment or a probabilistic experiment.

When a die is rolled, there are only six possible outcomes–1, 2, 3, 4, 5, or 6. However, predicting which one will occur at any roll of the dice is not possible.

The sample space is the collection of all possible outcomes of an experiment. For example, a sample space for a single throw of a die will be {1,2,3,4,5,6}.

The turning up of heads and tails is two mutually exclusive events when tossing a fair coin. This is because if one participant shows up, the other will not participate in the same experiment.

Exhaustive Events: Two or more events associated with a random experiment are exhaustive if their union is the sample space.

A or B is represented by A ∪ B of the sample space S, also called A union B.

For example, in a single throw of a die, if you define

For example, in a single throw of a pair of dice, if you define

A = Getting an even number on first-die

Probability of an Event

If there are n elementary events associated with a random experiment and m of them are favorable to an event A, then the probability of happening or occurrence of A is denoted by P(A) and is defined as the ratio mn.

Example: Find the probability of getting head in a toss of an unbiased coin.

The sample space associated with the random experiment is S = { H,T }

You will observe that there are two elementary events, H,T associated with a given random experiment. Out of these two events, only one is favorable i.e. H.

Let A and B be the two events associated with a random experiment. Then, the probability of A's occurrence under the condition that B has already occurred and P(B) ≠ 0 is called the Conditional Probability. It is denoted by P (A/B). Thus, you have

P(A/B) = Probability of occurrence of A given that B has already occurred.

P (B/A) = Probability of occurrence of B given that A has already occurred.

Example 1: Let there be a bag containing 5 white and 4 red balls. Two balls are drawn from the bag, one after the other, without replacement. Consider the following events:

Now, after drawing the white ball in the first draw, you are left with 8 balls, out of which 4 are red.

P (B/A) = Probability of drawing a red ball in a second draw given that a white ball has already been drawn in the first draw.

Example 2: Consider the random experiment of throwing a pair of dice and two events associated with it given by:

B = There is an even number on the first die.

In this case, events A and B are the subsets of the same sample space. So, you have the following meanings for P (A/B).

Outcomes favorable to B = 18

Outcomes favorable to A and B = 3

P (A/B) = Probability of occurrence of A when B occurs

After reading this article, we hope you have a much better understanding of Conditional Probability and how it is used in statistical theory.

If you are interested in statistics of data science and skills needed for such a career, you ought to explore Simplilearn’s Data Analytics Certification Program.

If you have any questions regarding this ‘Conditional Probability In Statistics’ tutorial, do share them in the comment section. Our subject matter expert will respond to your queries. Happy learning!