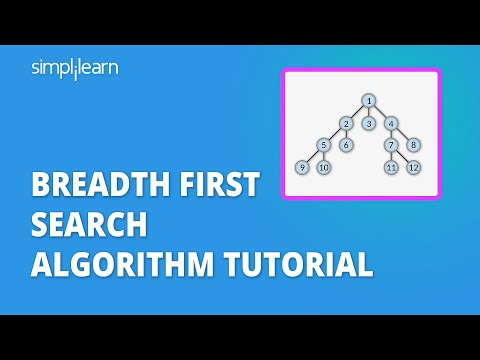 How Does the BFS Algorithm Work?

Breadth-First Search uses a queue data structure technique to store the vertices. And the queue follows the First In First Out (FIFO) principle, which means that the neighbors of the node will be displayed, beginning with the node that was put first.

The transverse of the BFS algorithm is approaching the nodes in two ways.

How Does the Algorithm Operate?

Rules to Remember in the BFS Algorithm

The Architecture of the BFS Algorithm

We understand the architecture of BFS and how the algorithm visits nodes in the tree diagram, which is added below.

The above tree diagram contains three layers, which are numbered from 0 to 2.

1. What type of algorithm is BFS?

BFS algorithm is a type of graph transversal algorithm.

2. What is the BFS algorithm used for?

3. What is the BFS algorithm with an example?

BFS, or Breadth-First Search, is a node method for obtaining the graph's shortest path. It makes use of a queue data structure with FIFO (first in, first out) ordering.

4. Difference Between the BFS and DFS?

Both are doing the same process but differ in preferences for visiting vertices.