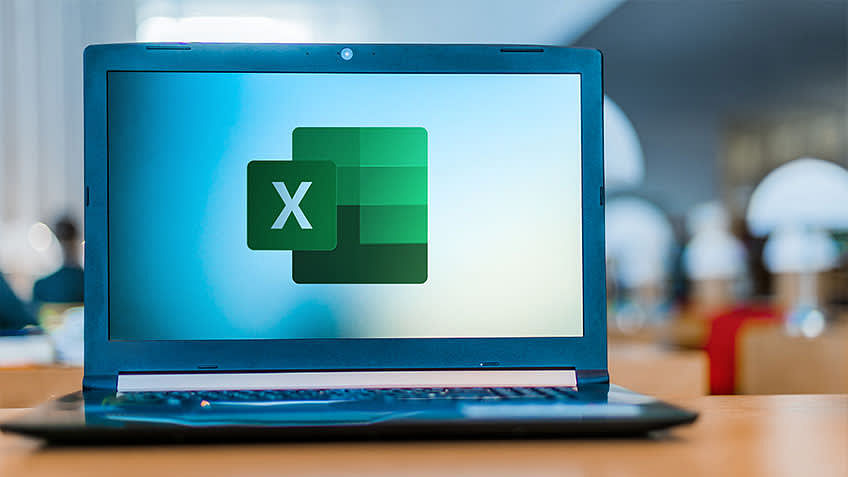 Microsoft Excel is the go-to tool for working with data. There are probably a handful of people who haven’t used Excel, given its immense popularity. Excel is a widely used software application in industries today, built to generate reports and business insights. Excel supports several in-built applications that make it easier to use.

One such feature that allows Excel to stand out is - Excel formulas. In this article, we’ll be discussing the various Microsoft Excel functions and formulas. These formulas and functions enable you to perform calculations and data analysis faster. Here, we will look into the top 25 Excel formulas that one must know while working on Excel. The topics that we will be covering  in this article are as follows:

What is Excel Formula?

In Microsoft Excel, a formula is an expression that operates on values in a range of cells. These formulas return a result, even when it is an error. Excel formulas enable you to perform calculations such as addition, subtraction, multiplication, and division. In addition to these, you can find out averages and calculate percentages in excel for a range of cells, manipulate date and time values, and do a lot more.

There is another term that is very familiar to Excel formulas, and that is "function". The two words, "formulas" and "functions" are sometimes interchangeable. They are closely related, but yet different. A formula begins with an equal sign. Meanwhile, functions are used to perform complex calculations that cannot be done manually. Functions in excel have names that reflect their intended use.

The example below shows how we have used the multiplication formula manually with the ‘*’ operator.

This example below shows how we have used the function - ‘PRODUCT’ to perform multiplication. As you can see, we didn’t use the mathematical operator here.

Excel formulas and functions help you perform your tasks efficiently, and it's time-saving. Let's proceed and learn the different types of functions available in Excel and use relevant formulas as and when required.

The SUM() function, as the name suggests, gives the total of the selected range of cell values. It performs the mathematical operation which is addition. Here’s an example of it below:

The AVERAGE() function focuses on calculating the average of the selected range of cell values. As seen from the below example, to find the avg of the total sales, you have to simply type in “AVERAGE(C2, C3, C4)”.

It automatically calculates the average, and you can store the result in your desired location.

The function COUNT() counts the total number of cells in a range that contains a number. It does not include the cell, which is blank, and the ones that hold data in any other format apart from numeric.

As seen above, here, we are counting from C1 to C4, ideally four cells. But since the COUNT function takes only the cells with numerical values into consideration, the answer is 3 as the cell containing “Total Sales” is omitted here.

If you are required to count all the cells with numerical values, text, and any other data format, you must use the function ‘COUNTA()’. However, COUNTA() does not count any blank cells.

To count the number of blank cells present in a range of cells, COUNTBLANK() is used.

Moving ahead, let’s now understand how the subtotal function works. The SUBTOTAL() function returns the subtotal in a database. Depending on what you want, you can select either average, count, sum, min, max, min, and others. Let’s have a look at two such examples.

In the example above, we have performed the subtotal calculation on cells ranging from A2 to A4. As you can see, the function used is “=SUBTOTAL(1, A2: A4), in the subtotal list “1” refers to average. Hence, the above function will give the average of A2: A4 and the answer to it is 11, which is stored in C5.

Similarly, “=SUBTOTAL(4, A2: A4)” selects the cell with the maximum value from A2 to A4, which is 12. Incorporating “4” in the function provides the maximum result.

The MOD() function works on returning the remainder when a particular number is divided by a divisor. Let’s now have a look at the examples below for better understanding.

The function “Power()” returns the result of a number raised to a certain power. Let’s have a look at the examples shown below:

Next, we have the ceiling function. The CEILING() function rounds a number up to its nearest multiple of significance.

Contrary to the Ceiling function, the floor function rounds a number down to the nearest multiple of significance.

This function merges or joins several text strings into one text string. Given below are the different ways to perform this function.

Those were the two ways to implement the concatenation operation in Excel.

The function LEN() returns the total number of characters in a string. So, it will count the overall characters, including spaces and special characters. Given below is an example of the Len function.

Let’s now move onto the next Excel function on our list of this article.

As the name suggests, the REPLACE() function works on replacing the part of a text string with a different text string.

The syntax is “=REPLACE(old_text, start_num, num_chars, new_text)”. Here, start_num refers to the index position you want to start replacing the characters with. Next, num_chars indicate the number of characters you want to replace.

Let’s have a look at the ways we can use this function.

Let’s now move to our next function.

The SUBSTITUTE() function replaces the existing text with a new text in a text string.

Here, [instance_num] refers to the index position of the present texts more than once.

Given below are a few examples of this function:

That was all about the substitute function, let’s now move on to our next function.

Let’s understand these functions with a few examples.

Shown below is an example using the mid function.

Let’s understand this better with the following examples:

Now, let us hop on to exploring some date and time functions in Excel.

The NOW() function in Excel gives the current system date and time.

The result of the NOW() function will change based on your system date and time.

The TODAY() function in Excel provides the current system date.

The MONTH() function returns the month, a number from 1 to 12, where 1 is January and 12 is December.

The YEAR() function, as the name suggests, returns the year from a date value.

The TIME() function converts hours, minutes, seconds given as numbers to an Excel serial number, formatted with a time format.

The function MINUTE(), returns the minute from a time value as a number from 0 to 59.

The SECOND() function returns the second from a time value as a number from 0 to 59.

The DATEDIF() function provides the difference between two dates in terms of years, months, or days.

Below is an example of a DATEDIF function where we calculate the current age of a person based on two given dates, the date of birth and today’s date.

Now, let’s skin through a few critical advanced functions in Excel that are popularly used to analyze data and create reports.

Next up in this article is the VLOOKUP() function. This stands for the vertical lookup that is responsible for looking for a particular value in the leftmost column of a table. It then returns a value in the same row from a column you specify.

Below are the arguments for the VLOOKUP function:

lookup_value - This is the value that you have to look for in the first column of a table.

table - This indicates the table from which the value is retrieved.

col_index - The column in the table from the value is to be retrieved.

We will use the below table to learn how the VLOOKUP function works.

If you wanted to find the department to which Stuart belongs, you could use the VLOOKUP function as shown below:

Here, A11 cell has the lookup value, A2: E7 is the table array, 3 is the column index number with information about departments, and 0 is the range lookup.

If you hit enter, it will return “Marketing”, indicating that Stuart is from the marketing department.

Similar to VLOOKUP, we have another function called HLOOKUP() or horizontal lookup. The function HLOOKUP looks for a value in the top row of a table or array of benefits. It gives the value in the same column from a row you specify.

Below are the arguments for the HLOOKUP function:

Given the below table, let’s see how you can find the city of Jenson using HLOOKUP.

Once you hit enter, it will return “New York”.

The IF() function checks a given condition and returns a particular value if it is TRUE. It will return another value if the condition is FALSE.

Fig: If function in Excel

In this case, it will return ‘No’ since 4 is not greater than 5.

‘IFERROR’ is another function that is popularly used. This function returns a value if an expression evaluates to an error, or else it will return the value of the expression.

Suppose you want to divide 10 by 0. This is an invalid expression, as you can’t divide a number by zero. It will result in an error.

The above function will return “Cannot divide”.

The INDEX-MATCH function is used to return a value in a column to the left. With VLOOKUP, you're stuck returning an appraisal from a column to the right. Another reason to use index-match instead of VLOOKUP is that VLOOKUP needs more processing power from Excel. This is because it needs to evaluate the entire table array which you've selected. With INDEX-MATCH, Excel only has to consider the lookup column and the return column.

Using the below table, let’s see how you can find the city where Jenson resides.

The function COUNTIF() is used to count the total number of cells within a range that meet the given condition.

Below is a coronavirus sample dataset with information regarding the coronavirus cases and deaths in each country and region.

Let’s find the number of times Afghanistan is present in the table.

The COUNTIFS function counts the number of cells specified by a given set of conditions.

If you want to count the number of days in which the cases in India have been greater than 100. Here is how you can use the COUNTIFS function.

The SUMIF() function adds the cells specified by a given condition or criteria.

Below is the coronavirus dataset using which we will find the total number of cases in India till 3rd Jun 2020. (Our dataset has information from 31st Dec 2020 to 3rd Jun 2020).

The SUMIFS() function adds the cells specified by a given set of conditions or criteria.

Let’s find the total cases in France on those days when the deaths have been less than 100.

Excel is a really powerful spreadsheet application for data analysis and reporting. After reading this article, you would have learned the important Excel formulas and functions that will help you perform your tasks better and faster. We looked at numeric, text, data-time, and advanced Excel formulas and functions. Needless to say, Excel knowledge goes a long way in shaping many careers.

Do you have any questions related to this article on Excel Formulas? If yes, then please let us know in the comments section of the article. Our team of experts will help you solve your queries right away.

To kick-start your fruitful career in Excel, please click on the following link: Business Analytics with Excel.