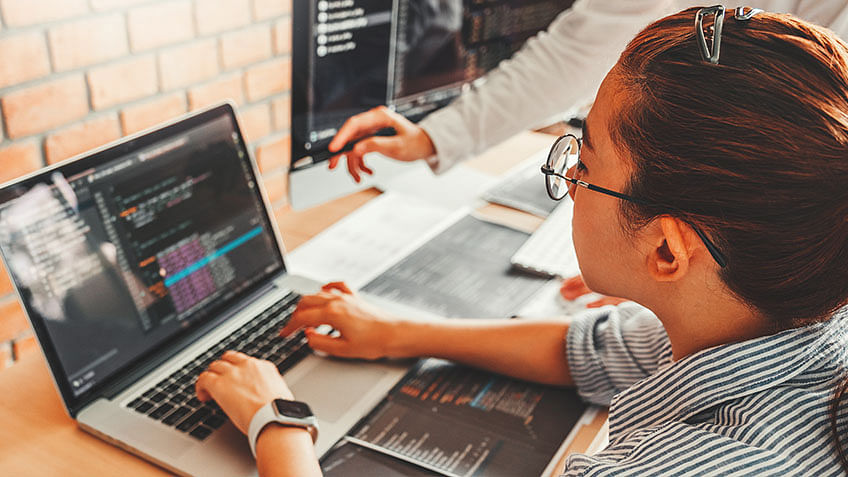 Here’s an overview of the Python array topics we will be covering:

What Is an Array?

An array is a data structure that lets us hold multiple values of the same data type. Think of it as a container that holds a fixed number of the same kind of object. Python makes coding easier for programmers.

Why Use an Array in Python?

An array is used to store more than one value at a time. It can hold multiple values in a single variable, and also helps you reduce the overall size of the code. Arrays save time.

Creating an Array in Python

An array is created by importing an array module to the Python program.

Typecodes are alphabetic representations that are used to define the type of value the array is going to store. Some common typecodes are:

Accessing the Elements of an Array

To access an array element, you need to specify the index number. Indexing starts at 0—not at 1.

Hence, the index number is always one less than the length of the array.

We can add value to an array by using the insert() function. This function inserts the element at the respective index.

Array elements can be removed by using remove() or pop().

In the pop() method, you specify the index of the element that you want to remove.

Two arrays can be combined by using the + symbol.

We can get all the elements in an array by using a loop.

Fig: Looping through a Python array

You can reverse the order of elements by using the reverse() method.

The count() method is used to count the number of occurrences of a particular element.

The major difference between Python arrays and lists is that we can constrain the data type to be stored in an array. Lists have no such restrictions.

Looking forward to make a move to programming? Take up the Python Training Course and start your career as a professional Python programmer.

Arrays are an important data structure for any programming language. Python uses arrays to store collections of similar data, saving space and time.

If you have any comments or questions, please share them in the Python arrays article section, and we'll have our experts answer it for you.

Python is a critical tool that all aspiring data scientists and analysts need to master. If you’re interested in adding this highly sought after skill to your resume, enroll in our Python Training Course today!