The Supreme Guide To Understand The Workings Of CPython

Lesson 43 of 43By Simplilearn 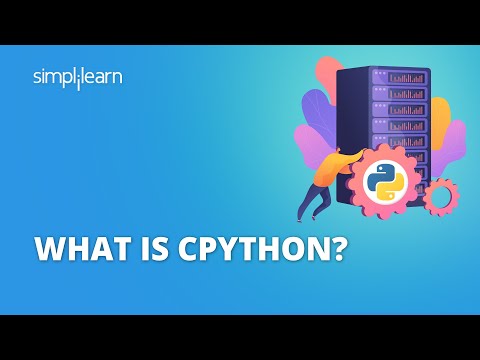 CPython is the standard Python software implementation or the default Python interpreter. The main purpose of CPython is to execute the programming language Python. CPython has great compatibility with various Python packages and modules. In this tutorial, you will get a detailed look at CPython.

The first version of CPython was released in 1994 by the Python developer community. The project was originally sponsored by Google and was headed by full-time Google employees Thomas Wouters, Jeffrey Yasskin, and Collin Winter; however, most project contributors were not Google employees. It is directly downloaded from python.org and written in the programming language C.

Implementation is all about what the interpreter ends up doing.

Machine Code is much faster than Bytecode, but Bytecode is portable and secure compared to machine code.

To compile CPython from the source code, you need a C compiler, and some build tools according to your OS.

In Windows, to download a copy of the CPython source code, you can use git to pull the latest version to a working copy locally:

Why Is CPython Written in C and Not Python?

If you are developing a new language, you must write their compilers in a more established language. You have a very good example when it comes to the Go language. The first Go compiler was based on the C programming language. As and when Go could be compiled, the compiler was rewritten in Go.

Is Python an Interpreted or Compiled Language?

Before concluding, it’s best to understand both concepts.

The compilation is a way that translates the source code into machine-readable code. It takes the whole code file as input.

In compilation, the code is once translated into machine code and can be run many times. It will not execute the machine-readable code it produced.

Interpretation is the process that takes a single line of code at a time and executes it. The interpreter executes the instruction specified in the source file and parallelly the program gets executed.

CPython produces Bytecode which is Python-specific and then executes it.

With this, you have learned about CPython and saw how it works. CPython is one of the many Python runtimes other than PyPy, Cython, and Jython.

If you aim to build a software development career, you can check the Post-Graduate Program in Full Stack Development by Simplilearn. It can be the ideal solution to help you build your career in the right direction.

If you have queries or would like to provide your inputs to our editorial team regarding this “The Supreme Guide to CPython” tutorial, feel free to use the comments section below. Our team of SMEs will get back to you soon!