HomeResourcesSoftware DevelopmentProgramming Tutorial for BeginnersWhat Is Raspberry Pi? Here's The Best Guide To Get Started

What Is Raspberry Pi? Here's The Best Guide To Get Started

Lesson 20 of 22By Simplilearn 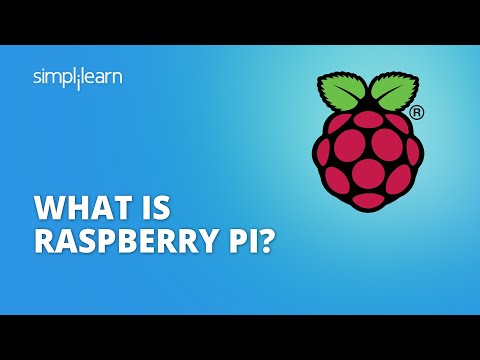 In association with Broadcom, The Raspberry Pi Foundation developed a series of miniature single-board computers in the United Kingdom. The Raspberry Pi was developed with the goal of encouraging the teaching of basic computer science in schools and underdeveloped countries. The Raspberry Pi was first published in 2012, and since then, various revisions and modifications have been developed. People use the Raspberry Pi all across the world to learn programming, develop hardware projects, automate their homes, implement Kubernetes clusters and Edge computing, and even employ them in industrial applications. If you’re curious to know more about what is Raspberry Pi then keep reading this tutorial.

What is Raspberry Pi?

Use Cases of Raspberry Pi

Now that you have understood exactly what is Raspberry Pi, you will explore the use cases of Raspberry Pi:

A simple desktop can be built using a Raspberry Pi, a microSD card, and a power source. An HDMI cable and a suitable display, such as an old monitor, are also required. You'll also need a USB keyboard and mouse.

There are numerous Raspberry Pi robot-controller projects. A specific robotics package for Pi is available, powered by the device battery, and can interface with and control robots.

With the Raspberry Pi, you can print anything. All you’ll need is a Raspberry Pi that's connected to your home network, as well as some print server software. First, this is accomplished by installing the Samba file-sharing program, then CUPS. The Common Unix Printing System (CUPS) includes printer drivers and a management console.

The Raspberry Pi model can be used for a variety of purposes such as:

It is half the size of model A+ and has twice the utility. It has the same specifications as the model A+, including a 1GHz single-core CPU, 512MB RAM, Mini-HDMI port, Micro-USB OTG port, Micro-USB power, HAT-compatible 40-pin header, Composite video and reset headers, and CSI camera connector for any project (v1.3 only).

The Raspberry Pi 2 has a quad-core ARM cortex-A7 processor running at 900MHz and SDRAM of around 1GB and works with the Raspberry Pi 1 without any issues.

The Raspberry Pi, 3 model b, is the right solution for strongly linked designs with wireless LAN and Bluetooth connectivity. Raspberry Pi 3 uses the cheapest processor available. Single Board Computer powered by a Broadcom BCM 2837 64-bit ARMv7 Quad-Core processor running at 1200MHz. RAM on the Raspberry Pi 3 model b is 1GB SDRAM running at 400MHz.

Get trained with the popular skills required for a successful career in data engineering with the Big Data Engineer Course. Enroll now!

Hope that this tutorial on ‘what is Raspberry Pi’ has provided you with an overview of Raspberry Pi and its features. Course certification will be useful if you study these technologies and perhaps work as a developer or programmer.

Course certification will benefit you if you want to study the Raspberry Pi programming language and work as a developer or programmer. Enroll in the Introduction to IoT Course.

Please let us know if you have any particular questions about ‘what Is Raspberry Pi’ in the comments section. Please provide any suggestions or questions regarding using Raspberry projects, if you have any. Our experts will get back to you as soon as possible!