8 Best Front End Programming Languages that You Should Know About

Lesson 8 of 31By Chinmayee Deshpande 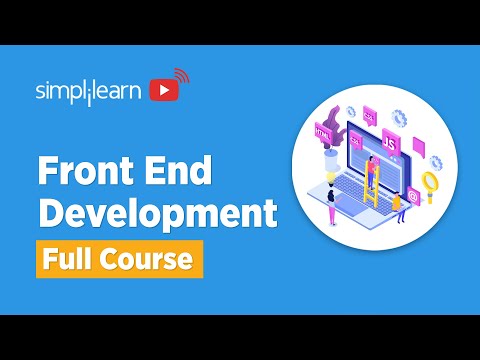 Frontend Development is basically the development of the frontend of the application. It defines how the application appears to the user. In making a robust, interactive, and attractive user interface, a lot goes behind the scenes. Frontend languages play a significant role in app development. This article on Top Frontend Languages covers eight such popular languages.

Now that you know what Frontend Development is, continue reading to learn the Top Frontend Languages.

The most extensively used Frontend Language is HTML, which is a markup language.

Although CSS is a style sheet, it is also considered as the top Frontend Language.

CSS, or Cascading Style Sheets, is a design language that simplifies making web pages presentable. Selectors are used to pick elements and apply styles to them.

CSS is used to turn a document into a format that audiences can understand. This is especially important for browsers like Chrome, Firefox, and Edge, designed to deliver documents to screens, printers, and projectors visually.

JavaScript is a robust client-side programming language that is open-source. Its primary purpose is to enhance a user's interaction with a web page. In other words, you can utilize this programming language to improve the vibrancy and engagement of your website. JavaScript is also widely used in the development of games and mobile apps. Excellent speed, cross-browser interoperability, and straightforward semantics are just a few of JavaScript's essential qualities, providing a seamless developer experience.

The majority of people that are interested in web development begin with HTML and CSS. Following that, they go on to JavaScript, making sense because these three pieces together create the web development backbone.

React is a UI development library written in JavaScript. Facebook and an open-source developer community run it. Although React is a library and not a language, its usage in web development is rampant. The library was introduced in May 2013 and is currently one of the most popular frontend libraries for web development.

React goes beyond simple UI and has many extensions like Flux and React Native for complete application architecture support.

Two main features of React that make it stand out are -

Angular is an open-source JavaScript framework based on TypeScript. Google runs it, and one of its main goals is to build single-page apps. As a framework, Angular offers apparent advantages, and it also provides a standard structure for developers in a team to work with. It allows users to create huge applications that are easy to manage.

Some salient features of Angular are:

Developed by Evan You, an ex-Google Employee, Vue is also an open-source, JavaScript framework. It is used to develop user interfaces and single-page applications.

Some advantages of using Vue include high flexibility, two-way communication, and great tooling.

Swift is a programming language for iOS, iPadOS, macOS, tvOS, and watchOS that is powerful and easy. Swift code is interactive and exciting to write; the syntax is simple yet expressive, and Swift incorporates modern features that developers appreciate.

Some of the reasons why Swift is widely adopted are: Offers low cost, safety first, developers’ productivity and mobility, and a vast community.

In this article on "Top Frontend Languages'', we explored the top 8 Frontend Languages that are widely used across the globe today. A certification will be useful if you want to gain advanced practical knowledge of full-stack technologies.

If you have any query or suggestion regarding this tutorial, leave a remark or comment below the article. Our experts will respond to your queries and doubts at the earliest.