HomeResourcesCyber SecurityCyber Security Tutorial: A Step-by-Step GuideThe Best Walkthrough On What Is DHCP And Its Working

The Best Walkthrough On What Is DHCP And Its Working

Lesson 45 of 60By Anmol Kapoor 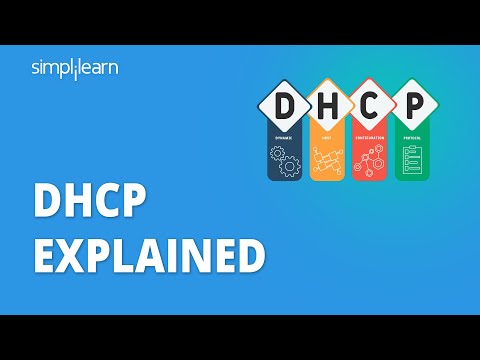 With the advancement of technology, the need to configure network settings manually has almost become nonexistent. Therefore, the configuration of network settings for our devices is the responsibility of multiple network protocols and models. In this tutorial on what is DHCP, you will learn about such a network concept, DHCP (Dynamic Host Configuration Protocol), which is responsible for connecting our system to the internet through the use of an IP address.

DHCP (Dynamic Host Configuration Protocol) is a network administration protocol that is responsible for the task of assigning an IP address to your system and network device. The DHCP network model is based on the client-server architecture, where the connection is established when the client device sends a request message to the server device for providing the system with an IP address.

The allocation method of assigning an address to the network system can be divided into two different ways:

1. Manual Allocation: This mode of allocation, as the name suggests, requires you to manually configure the network settings for your device rather than applying any network concept. This allocation mode is much more time-consuming and is prone to errors because of user intervention. Later in this tutorial on what is DHCP, you will learn more about the steps on connecting our system to the internet.

The manual allocation is done by accessing the network configuration settings of the device and also requires other related configurations such as subnet mask, default gateway, and preferred DNS server.

After which, the server shares all the required network resources to the client device and configures the device automatically so that the system can access the internet and various network services.

Till this point, in the tutorial on what is DHCP, you will be clear with the concept that DHCP is responsible for automatically configuring the network settings for your devices by connecting to the DHCP server and receiving all the required network information.

Now go ahead, take a look at the steps that are involved during the DHCP connection:

This message indicates that the client device wants to connect to the internet through the DHCP server.

Next, you will learn about some DHCP settings which are to an extent needed to control the IP address assignment, reservation requirement, and others.

This is done by assigning an expiration time to the leased IP address so that the DHCP server has some minimum addresses left for other client devices in the network channel.

If you want to learn about the topic in detail and its various protocols related to the DHCP, you can refer to Simplilearn’s Cyber Security Expert course. With the completion of your professional course, you will become proficient in network-related tasks, establishing network connections, controlling the flow of network data, and other network-specific skills.

Do you have any questions related to this tutorial on what is DHCP? If yes, feel free to mention them in the comment section at the bottom of this page. Our team will help you solve your queries ASAP.