One-Stop Guide To Understanding What Is Distance Vector Routing?

Lesson 34 of 60By Anmol Kapoor 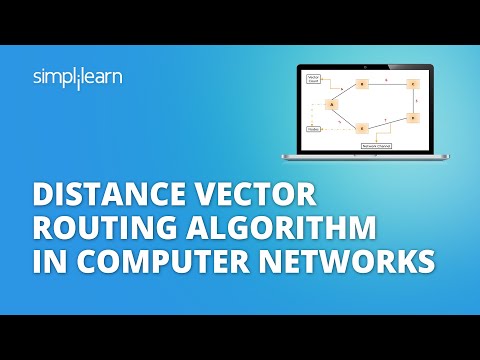 The distance-vector routing (DVR) is designed to periodically update the routing data in the network model based on the Bellman-Ford algorithm. In this article on ‘What Is Distance Vector Routing?’, we will understand the working of the protocol in a detailed manner.

Key Features of the protocol

To understand the working of the routing protocol, we need to remember the following key points/features of the algorithm are:

Information About the Network

Every router is responsible for sharing the network knowledge in the channel more responsibly with the neighboring nodes.

Routing Pattern of the Network

Sharing of routing information is done only between directly connected network nodes in the channel.

Each node in the connection is designed to share the updated routing data with each of the nodes in the network.

The basis of distance vector routing is designed on the working of the Bellman-Ford Algorithm.

According to the algorithm, each of the nodes in the network is designed to maintain a distance-vector table carrying the distance between itself and its direct neighboring nodes in the connection.

Then using the algorithm, we can deduce the following points for the routing algorithm in the network:

Next, in the article on ‘What Is Distance Vector Routing?’, we look into a general example to understand the protocol's working.

In the above-updated network model, each node shares the routing data with its direct neighboring node, and this step is performed at a regular interval in the network.

To better understand the working of the routing protocol, we can do so by using the following steps in the example:

In the first step, we will design the routing table for node A, using the only neighboring node, i.e., node E.

Next, we will go through the same step for node E, i.e.,

Similarly, we repeat the previous step and design the routing table for each of the nodes.

Now, after performing the initial step, we will perform the update step for all the nodes; for this, let’s look into node A,

To update node A, we will use all the distance vectors from the nodes,

The final updated table for node A we get would be this,

In this article on ‘What Is Distance Vector Routing’, we understood the need for the routing protocol in the network, along with its basis of working and understanding the working by performing the relevant steps in the example.

If you want to further deepen your understanding of the working of routing protocol in the network model and look into the various steps involved in performing the task of initializing and updating the routing table for nodes in the network, you can visit the Simplilearn’s Cyber Security Expert course and gain more knowledge on the topic.

Do you have any questions related to this tutorial on ‘What Is Distance Vector Routing?’ If yes, feel free to mention them in the comment section at the bottom of this page. Our team will help you solve your queries ASAP.